By Luiza Ilie and Octav Ganea

GIURGIU, Romania – Elderly patients gasping for air through oxygen masks in a central Romanian hospital struggled to explain why they had not been vaccinated despite easy access earlier in the coronavirus pandemic.

Romania has the second lowest vaccination rate in the 27-nation European Union and one of the highest COVID-19 mortality rates in the world, with doctors warning that the pandemic is ravaging a generation of grandparents.

Florea Traznea, 73, said he thought he knew better than other people, including his family. “My children are vaccinated, I have two grandchildren, but my wife and I aren’t, because we’re smarter, or stupid, rather,” he said. “Look at what I’m going through – this disease has brought me to the ground.”

Across the hallway, 72-year-old Elena Boziru said she stuck mostly to home and had no health problems, so she chose not to get the vaccine, like many of her neighbours.

Steliana Ene, a 77-year-old widow who lives alone and doesn’t want to bother her son said she misses her husband.

“What was the point (of the vaccine)? Why not go and join my husband, he left me all alone, I mourn him day and night.”

Roughly 85% of the more than 50,000 people who have died of COVID-19 in Romania were over 60 years old, according to public health institute data. More than 90% of all deaths have been among unvaccinated patients.

“There is this mentality of, ‘At my age I will live for as long as I am meant to,’ and it is very difficult to convince the respective people to get vaccinated, it is a matter of how they perceive life and risk of disease,” said Valeriu Gheorghita, a doctor in charge of coordinating Romania’s vaccination campaign.


Vaccine uptake has risen significantly since last month with 1.4 million people getting their first shot as fear and movement restrictions kicked in, but the vast majority were under 60.

Gheorghita said that unlike in other EU countries where many aging people are living in retirement homes or receiving some form of institutional care, in Romania they are more likely to remain in their homes, alone and harder to reach.

“There is also an issue of trust, they are extremely hesitant and reticent to get vaccinated, and this also ties into their religious beliefs.”

Having tried other methods in vain, Gheorghita said authorities were working on sending letters to citizens about the benefits of vaccines and how to access them via fixed centres, family doctors and mobile units.

Across the EU, 81% of the adult population has received at least one vaccine dose. In Romania that figure is 43.8%, the second lowest in the bloc after neighbouring Bulgaria. For Romanians over 80, it is just 23.6%.

Nearly a third of all COVID-19 deaths in Romania since the onset of the pandemic early last year have occurred in just the past few weeks as daily infection numbers rocketed to record highs and depleted intensive care beds across the country.

The low vaccine uptake has exposed anew an entrenched East-West divide defined by poverty, underdevelopment and weak health education, especially visible among the old in ex-communist eastern EU states where confidence in government is low.

The government was late to tighten restrictions to limit contagion, critics said, and an attempt to enforce COVID-19 health passes in state institutions is lagging in parliament.


“The COVID-19 vaccination campaign now comes against an older problem of vaccine reluctance which has several roots like…trust and (lack of) medical education, which cannot be fixed in a short period of time,” Gheorghita said.

“At the moment we need actions that can help produce results immediately, because we are in a fight against the clock.” 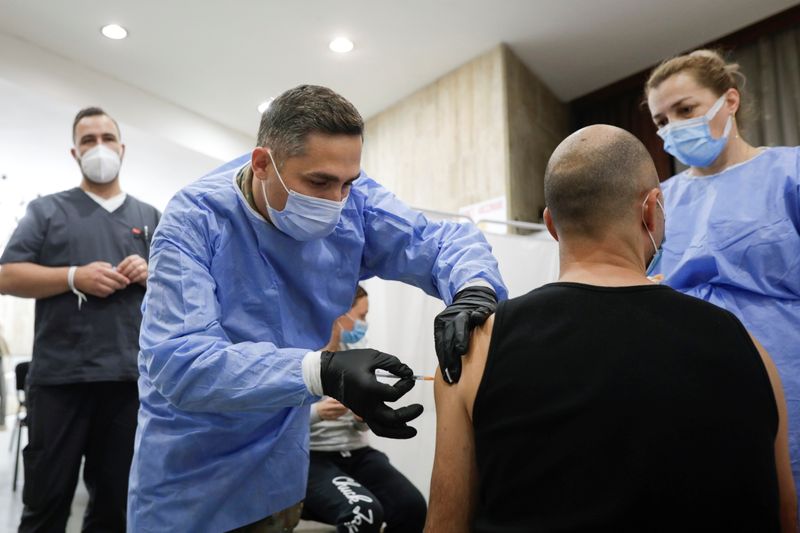