-European equities wrapped up another week of gains on Friday, led by advances in travel stocks after a positive update from U.S. drugmaker Pfizer on its pill for COVID-19 and amid persistent optimism about earnings season.

The pan-European STOXX 600 ended flat, but clocked 1.7% in weekly gains, its fifth consecutive week in the green.

European travel stocks jumped 1.4% as investors across the globe cheered Pfizer Inc’s trial of an experimental antiviral pill for COVID-19, which was shown to cut risk of developing severe disease by 89%.

The news lifted shares of Swiss duty free retailer Dufry by 10.1%, to its best day since November 9, 2020, while also pushing down shares of AstraZeneca.

“Today’s news out of the U.S. that Pfizer has developed a COVID-19 pill, which is 89% effective in preventing hospitalisation, may well be weighing on the AstraZeneca share price a touch, but it has pretty much turbo-charged the airlines and hospitality sector,” said Michael Hewson, chief market analyst at CMC Markets.

Dovish moves by the U.S. Federal Reserve and the Bank of England, and similar comments from the European Central Bank chief have helped sentiment this week.

Data from the U.S. Labor Department showed employment increased more than expected in October as the headwinds from a surge in COVID-19 infections over the summer subsided, also supporting the day’s upbeat mood.

On Friday, France’s benchmark CAC 40 index breached the 7,000 points barrier for the first time ever, and was up 0.8%.

The blue-chip index was led by gains in Kering, Hermes and L’Oreal.

Gains in the STOXX 600 were led by Allegro, which surged 10.6% after the Polish e-commerce group agreed to buy Czech online retailer Mall Group for 881 million euros.

A rebound in London-listed banks, which dropped after the Bank of England’s move on Thursday to hold rates, saw London’s FTSE 100 gain 0.3%. 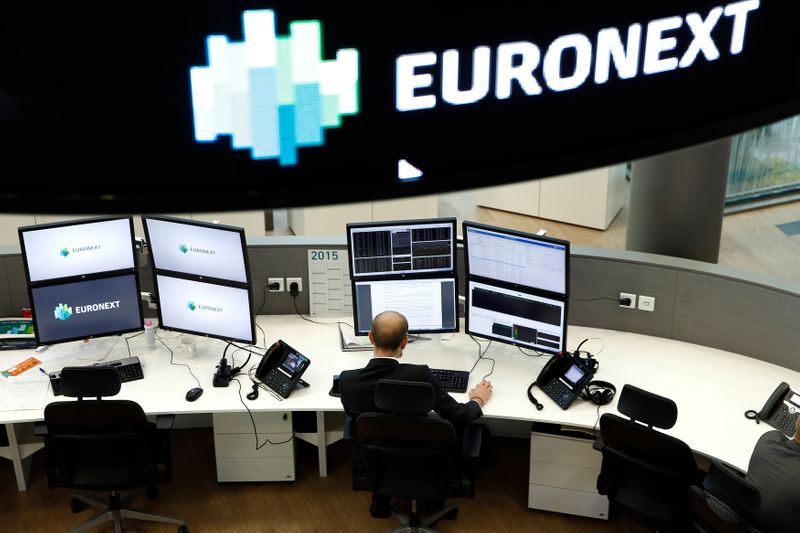