Yoon Seok-youl, who served as prosecutor-general until March after being appointed by Moon in 2019, was picked at a party convention to represent the People Power Party in the March 9, 2022 presidential election.

The conservative opposition is looking to regroup after breaking up in disarray in the wake of the 2017 impeachment of former President Park Geun-hye and capitalise on public discontent with Moon’s policy failures and scandals.

Yoon, 60, will compete against Lee Jae-myung, 56, the nominee of Moon’s progressive ruling Democratic Party and a former governor of the country’s most populous province of Gyeonggi. Moon cannot run for re-election under the constitution.

“I feel solemn responsibility and a heavy sense of mission about changing the government, rather than joy,” Yoon said in his acceptance speech, vowing to promote conservative unity and broaden his support base.

Yoon secured 47.85% of the votes of party members and the public in a three-round primary, winning a tight race with Hong Joon-pyo, a five-term lawmaker and 2017 presidential candidate who finished with 41.50% of votes.

Yoon had the backing of party insiders despite being a political novice. He had topped polls even before launching his presidential bid in late June, thanks in part to his image as a staunch prosecutor and high-profile investigations into corruption scandals involving Park and Moon aides.

As prosecutor-general, Yoon took flak from Moon’s followers for indicting Cho Kuk, a key presidential aide and former justice minister, on several charges including bribery and document fraud. But that move fuelled public support for Yoon, prompting People Power to court him.

The presidential race will be a tough fight.

A Gallup poll released on Friday showed that People Power’s ratings hit the highest level since 2016, and 57% of the respondents said an opposition candidate should win, seeing the election as a chance to deliver judgment against Moon.

But on the question of who would make the best president, Lee led the pack with 26%, followed by Yoon with 24% and Hong with 15%.

Lee had been a party outsider often critical of Moon, which was once deemed a liability in the face of establishment Democrats. But as Moon’s popularity plunged, that image gave a boost to Lee, alongside his aggressive COVID-19 pandemic response and populist economic agenda including a push for universal basic income.

Yoon has vowed to retake power by widening party support groups beyond old conservatives and Christians, and courting younger, centrist voters who have emerged as a key bloc. 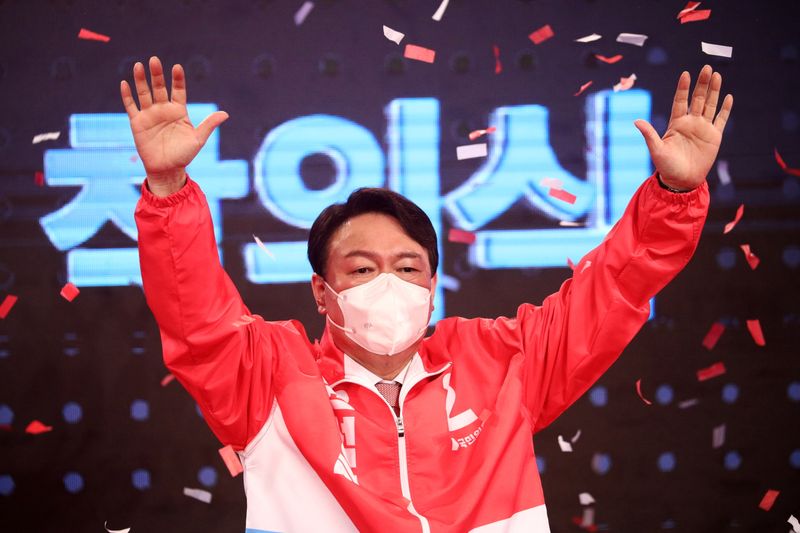 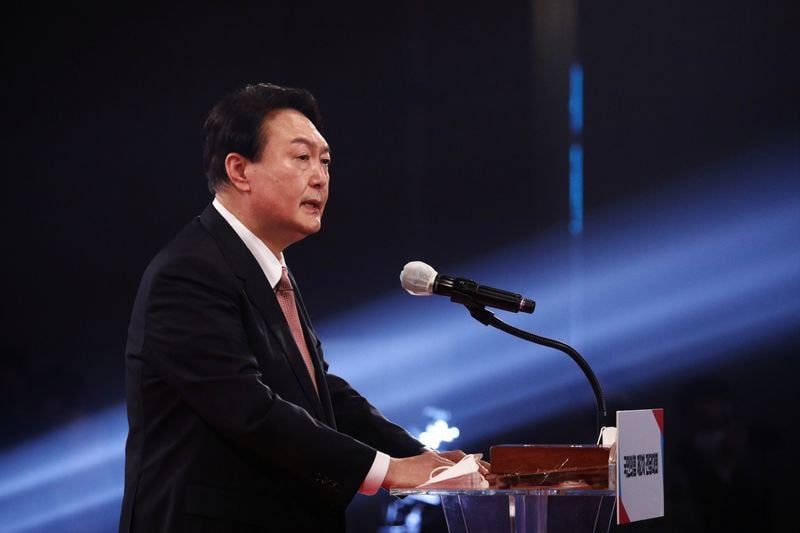 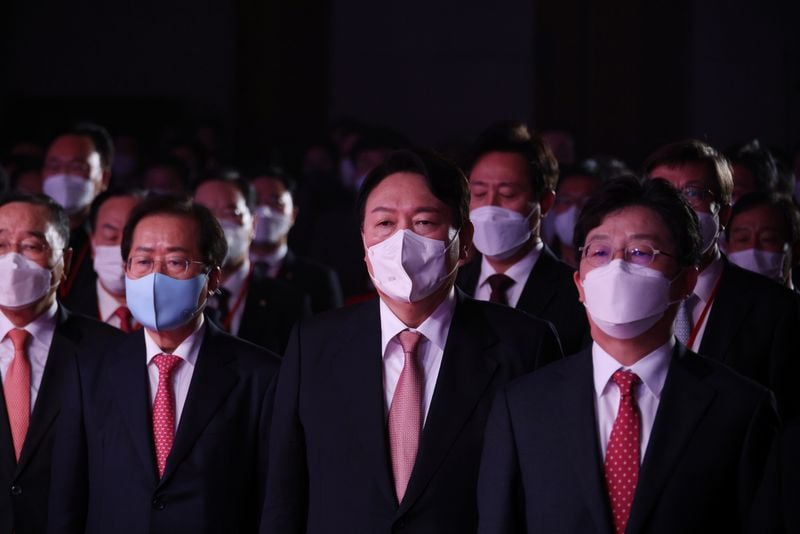 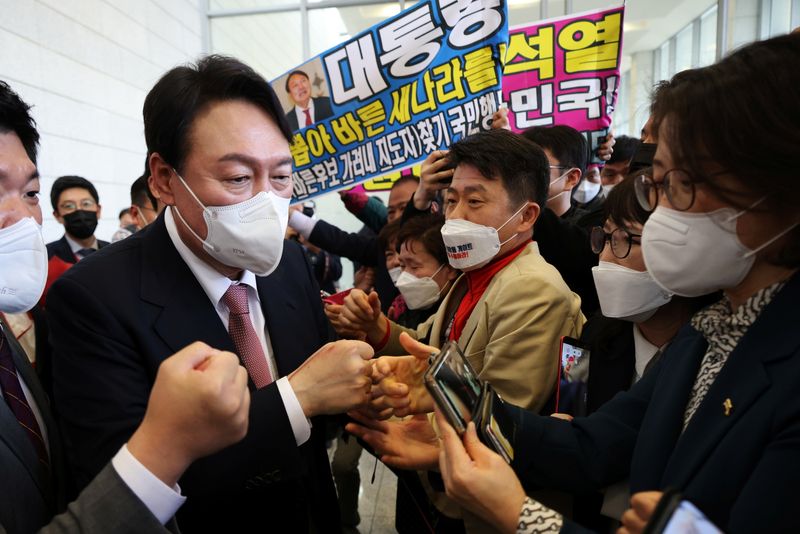