BEIJING (Reuters) – China’s foreign exchange reserves in October rose on a monthly basis for the first time since July, official data showed on Sunday, as the dollar slipped against a basket of other major currencies.

China’s reserves, the world’s largest, reached $3.218 trillion at the end of October, up 0.53% from a month earlier, according to data from the State Administration of Foreign Exchange (SAFE).

However, it remains lower than the $3.232 trillion at the end of August.

The dollar index dropped by 0.1% in October.

“Despite the recurring COVID-19 pandemic and uncertainties among global economic recovery…China’s economy continues to recover with strong resilience and huge potential, which would provide support for maintaining overall stability in the scale of foreign exchange reserves,” the SAFE said in a statement on Sunday.

The value of its gold reserves edged up to $110.83 billion from $109.18 billion at the end of September as gold prices rose. 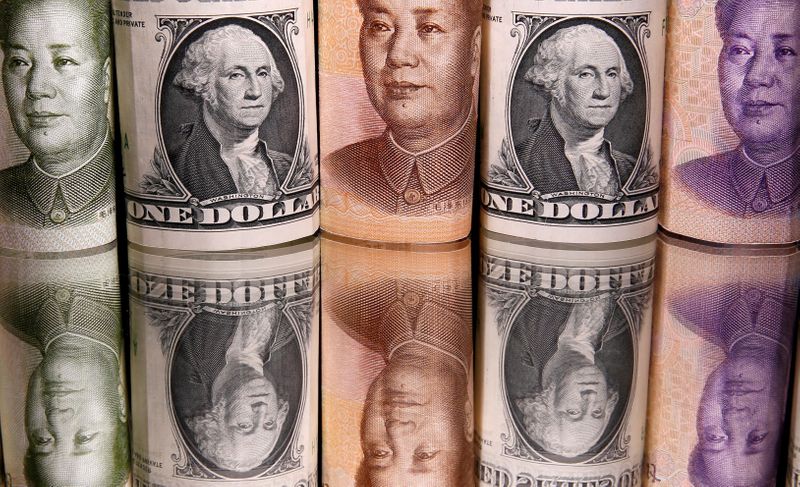