JERUSALEM – Israel stepped up its public opposition on Saturday to a plan by President Joe Biden’s administration to reopen a U.S. consulate for Palestinians in Jerusalem, suggesting such a mission should be in the occupied West Bank.

Under former President Donald Trump, Washington delighted Israelis and outraged Palestinians by closing the Jerusalem consulate and placing its staff within the U.S. Embassy to Israel that was moved to Jerusalem from Tel Aviv in 2018.

Palestinians want East Jerusalem as the capital of a future state and saw the U.S. initiative to move its embassy as undermining that aspiration. Israel, which captured East Jerusalem in 1967, calls Jerusalem its indivisible capital.

Seeking to repair ties with Palestinians, the Biden administration has said it would reopen the consulate, although it has not given a date.

“My position, and it was presented to the Americans … is that there is no place for a U.S. consulate which serves the Palestinians in Jerusalem. We are voicing our opinion consistently, quietly, without drama,” Prime Minister Naftali Bennett told reporters.

Foreign Minister Yair Lapid, speaking next to Bennett, proposed reopening the consulate in the de-facto seat of Palestinian government in Ramallah, in the occupied West Bank.

“If they (the United States) want to open a consulate in Ramallah, we have no problem with that,” he said.


“We will only accept a U.S. consulate in Jerusalem, the capital of the Palestinian state. That was what the U.S. administration had announced and had committed itself to doing,” Nabil Abu Rudeineh told Reuters.

Spokespeople for the U.S. Embassy did not immediately comment.

U.S. Secretary of State Antony Blinken said last month Washington would “be moving forward with the process of opening a consulate as part of deepening of those ties with the Palestinians”, although one of his senior staff also said Israel’s rejection of the plan was an obstacle.

“My understanding (is) that we need the consent of the host government to open any diplomatic facility,” Deputy Secretary of State for Management and Resources Brian McKeon said during a U.S. Senate hearing when queried on the consulate standoff. 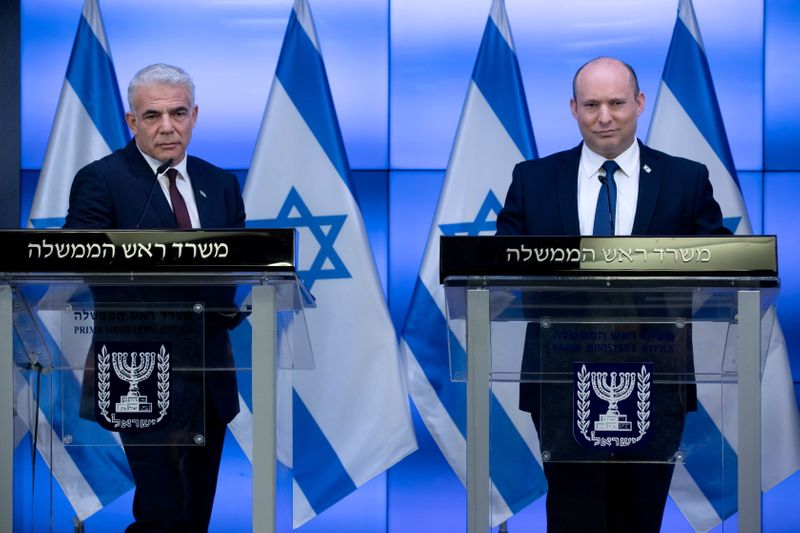