BENGALURU – Thailand’s central bank is expected to hold interest rates at a record low of 0.50% until at least 2023 as the country’s tourism-dependent economy will struggle to find quick growth despite welcoming quarantine-free tourists, a Reuters poll showed.

In an effort to revive an economy struggling to recover from the collapse of its vital tourism sector, the Southeast Asian nation allowed the first vaccinated visitors without quarantine requirements to Bangkok on Monday.

But with only a fraction of foreign tourists expected this year compared with pre-COVID-19 levels, the economic recovery from the pandemic-driven slump will be slow.

That, along with relatively low inflation, will provide the Bank of Thailand (BOT) space to keep its monetary policy loose for longer to support growth.

Indeed, all 21 economists in a Nov. 1-5 Reuters poll were unanimous in predicting the central bank would hold its one-day repurchase rate at 0.50% at its Nov. 10 meeting and through the end of next year.

From a smaller sample of forecasters willing to look further out, only two predicted a 25 basis-point rate hike in the first quarter of 2023.

“Tourism is a big part of the economy and we do not see how it can come back that quickly. Many of our target countries, especially China, still do not allow people to travel abroad,” said Phacharaphot Nuntramas, chief economist at Krung Thai Bank, the country’s second-largest bank.

“So, locally, we think 2023 will be the year tourism will return in much more full force. Whether the BOT would hike in 2023 at all would depend on how fast.”

Thailand, one of the Asia-Pacific region’s most popular tourist destinations, had enforced strict entry curbs that were criticised in the travel industry for being too onerous and economically damaging.

More than 3 million Thai tourism-dependent jobs and an estimated $50 billion a year in revenue have been lost.

With just nearly half of its population fully vaccinated, Southeast Asia’s second-largest economy is at risk of another wave of the COVID-19 pandemic. Christmas and New Year holidays are just around the corner and festive gatherings and more tourists in the country could lead to a spike in cases.

That, along with a significant economic slowdown in China, the country’s largest trade partner, means the chance of a rate rise anytime soon is low.

“We think the risk is low, and that’s because the policy priority for the BOT at the moment is to support the economic recovery, which is weak, and we think it’s going to remain weak even next year,” said Charnon Boonnuch, economist at Nomura.

The central bank expects inflation to stay close to the lower bound of its 1%-3% target range, which will give policymakers the flexibility to keep rates lower for longer, unlike other central banks, Boonnuch said.

Rising energy prices and supply-chain gridlock have led to a spike in inflation around the world. Government measures to lower living costs, particularly a subsidy on tuition fees and utility bills, as well as lower prices of some food items, have kept inflation tame so far.

Inflation rose to 2.38% in October on higher oil and vegetable prices. A weaker baht currency, down 10% already this year, may push it higher.

That will eventually nudge the BOT to raise interest rates like its peers.

“The MPC has been known to be relatively hawkish, given its concerns on financial stability risk and high levels of household debt,” said Lattakit Lapudomkarn, economist at Kiatnakin Phatra Securities.

“We believe they will be more comfortable to follow the U.S. Federal Reserve and normalize the policy rate in the first half of 2023.”

(Reporting and polling by Devayani Sathyan; Editing by Ross Finley and Steve Orlofsky) 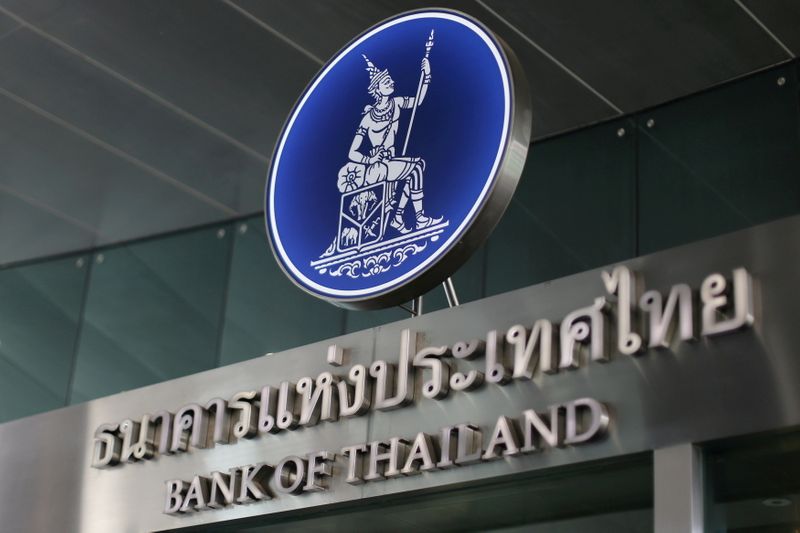