The government has been embroiled in a corruption row over the past week, with Johnson forced to abandoned plans pushed through parliament to protect one of his lawmakers who was found to have broken lobbying rules.

The Sunday Times reported that all but one of the 16 Conservative treasurers over the last two decades had donated more than 3 million pounds ($4.05 million) to the party and then been been offered a seat in the House of Lords.

The role of Conservative treasurer has become the most ennobled job in Britain, the newspaper said, ahead leaders of the country’s institutions and charitable organisations and even former prime ministers.

Environment minister George Eustice rejected the accusations, telling the BBC: “They are philanthopsts who give huge amounts to charity, who have been very successful in business and therefore on those grounds ought to be considered for the Lords.”

Eustice also described the furore over Conservative lawmaker Owen Paterson, who quit parliament after the government’s U-turn on plans to overhaul the system for combating parliamentary corruption, as a “storm in a teacup”.

The row has raised fresh questions about Johnson’s ethics. He has faced other accusations of wrongdoing, including plans to have party donors secretly contribute to a luxury renovation of his Downing Street flat. Johnson has said the government followed the rules over the refurbishment.

Johnson’s personal approval rating has fallen to its lowest level on record, according to an Opinium poll for the Observer newspaper, while the Conservative’s lead over Labour has fallen to a single percentage point.

Parliament is due to hold an emergency debate on standards on Monday.

“The prime minster is trashing the reputation of our democracy and our country,” Labour leader Keir Starmer told BBC television on Sunday.

“It is a pattern of behaviour from a prime minister who doesn’t know how to uphold standards in public life.” 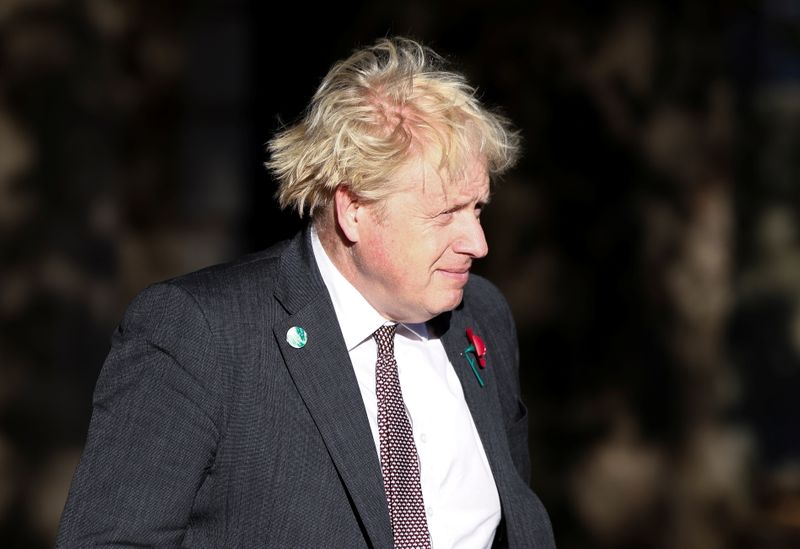