Average hourly earnings rose 4.9% on an annual basis in October, the most since March and continuing a pandemic-era rise in wages the Fed is watching for its possible effect on inflation.

So far the wage gains are generally welcomed by the Fed, likely to support spending and economic growth in coming months as pandemic-era government programs decline, and providing some evidence the central bank’s ultra-easy monetary policy is helping the least well off.

Earnings in the lower-paid leisure and hospitality industry, hardest hit in terms of joblessness at the outset of the pandemic and still the farthest from recovering lost employment, rose more than 11% as of October compared to a year ago, nearly double the pace of the next closest industry, transportation.

(GRAPHIC: The jobs hole facing Biden and the Fed – https://graphics.reuters.com/USA-ECONOMY/JOBS/jbyprzlrqpe/chart.png)

But an otherwise strong October employment report, with 531,000 jobs added, came with a footnote: Growth in the labor force moved sideways again, foiling the Fed’s hopes that people would return to jobs or begin actively seeking work in larger numbers. Since August of 2020 the labor force participation rate has ranged between 61.4% and 61.7%, making little headway back to the pre-pandemic level of 63.4% that policymakers have set their sights on.


October’s rate was 61.6%, unchanged from September.

Unless that improves, wrote Capital Economics Senior U.S. Economist Michael Pearce, wages are likely to continue higher and the Fed left open to the risk that “maximum employment” may arrive sooner, with a lower-than-anticipated level of jobs.

“There was absolutely no sign of a pick-up in labor supply. That suggests the sharp acceleration in wage growth in recent months has further to run,” Pearce said. Fed officials are “arguing that participation rates will rebound as virus fears and caregiving burdens ease. But with growth in the labor force muted even as case numbers drop back, we’re increasingly worried that the big drop in participation over the past few years will prove permanent.”

So far Fed Chair Jerome Powell and top policymakers feel the increase in wages is in line with changes in prices overall and labor productivity – meaning it won’t be an inflationary force on its own, and help turn what’s expected to be a temporary period of rising prices into something more persistent.

Recent gains have helped narrow some of the gap in the U.S. income distribution, bringing the leisure and hospitality industry’s $19 average hourly pay a bit closer to the nearly $31 national average, and narrowing the spread with workers in the highest-paid and tech-influenced information industry.

The transition of the economy back to fuller reliance on private earnings will also be key to sustaining U.S. growth that Fed officials and economists expect to accelerate now that the pandemic is easing again.


An Atlanta Fed real-time tracker for quarterly economic growth for the rest of 2021 jumped Friday to 8.5% from 8.2% after news U.S. companies added 531,000 jobs in October, a pace that shows an easing of pandemic concerns and which could make up the job market’s remaining lost ground sometime next year.

But the Fed has now tied its policy, and any increase in interest rates from the current near-zero level, to reaching “maximum employment.” That’s a concept the central bank has not quantified but is judging against an array of statistics including the behavior of labor force participation and wages.

The two influence each other, and Powell this week acknowledged that the lack of improvement in the numbers of people working or actively looking for work has surprised him.

As the infections from the coronavirus Delta variant subsided “we thought that schools reopening and elapsing unemployment benefits would produce some sort of additional labor supply. That doesn’t seem to have been the case,” he said. 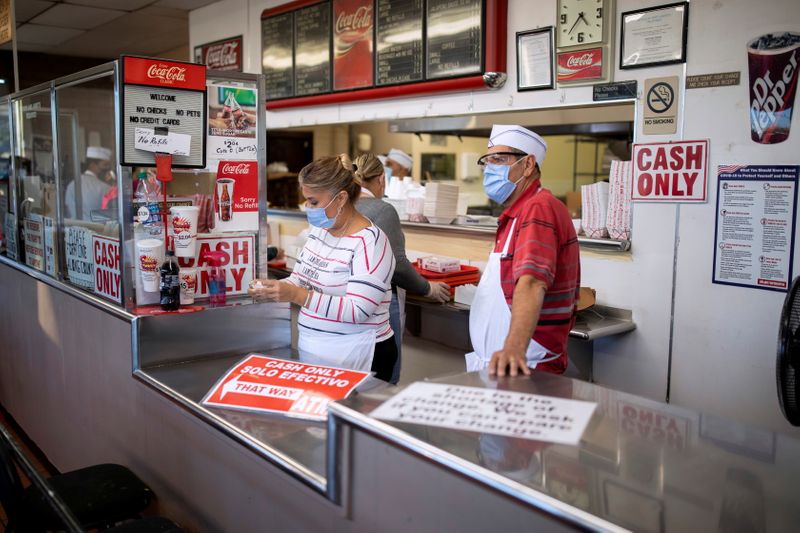