By Gabriel Araujo and Tim Hepher

The world’s third-largest planemaker unveiled the proposals to coincide with the COP26 climate gathering in Glasgow, calling them a “building block” towards reaching aviation industry targets of net-zero emissions by 2050.

Environmental groups have said the goals are too timid.

In a virtual presentation, Embraer outlined four concepts grouped under the family “Energia” with various combinations of range and technology like fuel cells or hydrogen power, adding it sees a potential maret for some 4,000 airplanes.

The designs include a nine-seat hybrid-electric plane capable of reducing carbon emissions by 50% before 2030 and a shorter-range all-electric equivalent, also for nine passengers, that would have no carbon emissions and be ready by 2035.

The two nine-seaters could be flown by a single pilot.

Also on the menu is a 19-seater powered by hydrogen-based fuel cells by 2035 and a 35-50-seat plane by 2040 designed to use hydrogen on short routes, backed up by sustainable aviation fuel for extra range and emergency reserves.

Embraer said its designs – the result of work kept under wraps for two years – would address a gap between the new eVTOL or flying-taxi industry and 50-seater turboprops or small jets.

It believes small regional planes will be the first to embrace breakthrough technologies like hydrogen, ahead of the bigger narrowbody commercial jetliners. But experts say such schemes will seed technology that may become more widespread.

“It’s a segment where we believe a lot of opportunities lie ahead,” Arjan Meijer, chief executive of Embraer Commercial Aviation, told Reuters in an interview.

Embraer, which was forced last year to abandon plans to merge its commercial unit with Boeing at the onset of the COVID crisis, said it was open to partnerships to develop the planes.

The concepts, if developed, would be competing in what has historically been a volatile niche of the aircraft industry.

Embraer is pressing ahead with plans for smaller eVTOL or electric vertical take-off and landing aircraft through a spin-off called Eve Urban Air Mobility.

Embraer and other traditional aerospace manufacturers face a slew of startups exploring the all-electric flying taxis.

“I am not convinced of the performance goals” of startups, Meijer told the online briefing.

Embraer also continues to seek financial or industrial partners to help launch a proposed new turboprop, Meijer told Reuters. It has hinted at a possible decision early next year. 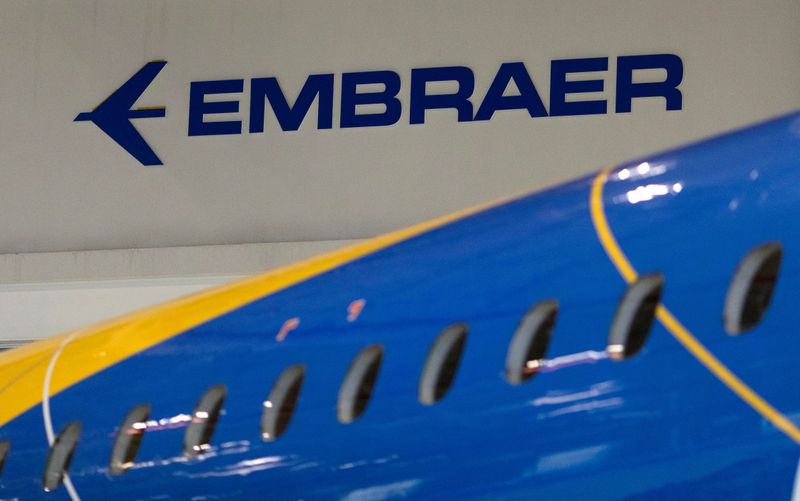