– Falling Czech car production in September reduced industrial at the end of the third quarter amid plant shutdowns due to the global chip shortage, the statistics office said on Monday.

Output fell for a second straight month and drove the trend of lower output in central European economies heavily reliant on the car sector. On Friday, Hungary reported its first year-on-year industrial output decline since January.

Czech production slipped a bigger-than-expected 4.0% year-on-year and by 3.3% month-on-month.

The statistics office said that in the third quarter industrial production growth slowed to 0.2% year-on-year.

“September results reflect especially the reduction of production of cars and their parts,” said Radek Matejka from the statistics office. “However, that doesn’t alter the fact that many other (economic activities) in manufacturing continue to be rather successful and their production is on the rise.”

Car production dropped by a third in September, according to the data.

Toyota and Volkswagen’s Skoda Auto both faced production halts in the month due to a shortage of chips.

The Czech economy’s recovery slowed in the third quarter, posting year-on-year gross domestic product growth of 2.8% after a rise of 8.1% in the previous quarter, preliminary data showed on Oct. 29.

“It is still valid that complications in supplies of materials and necessary components can lead to fluctuations in production in the coming months and slow overall growth, especially in car manufacturers and related industries,” Radomir Jac, chief economist at Generali Investments CEE, said. 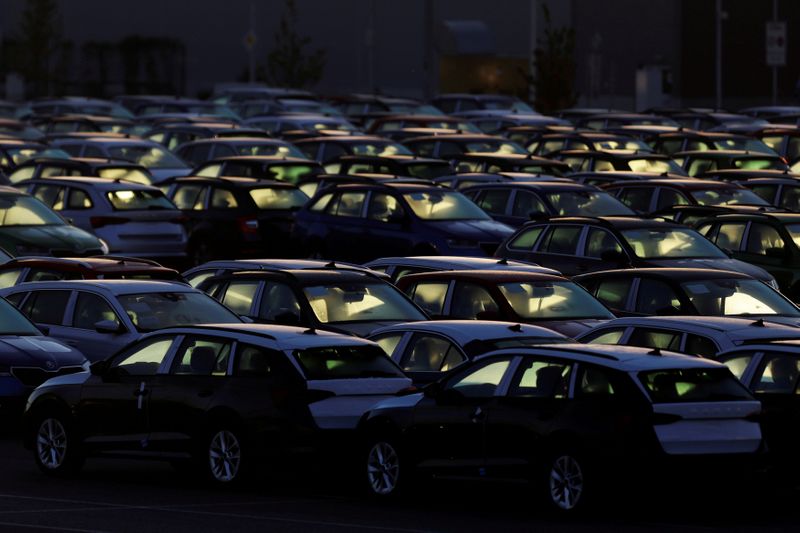