“High levels of saving and strong consumer sentiment point to a forgiving end to the year after what was for many retailers a difficult first six months due to lockdowns that threatened their existence,” said HDE chief executive Stefan Genth.

The positive outlook comes even as German retailers are staring down the same factors that are hampering other industries: About three-quarters of the companies surveyed by HDE for their forecast said supply bottlenecks could hurt their sales.

Consumer electronics and household appliances may feel the pinch of the global chip shortage, but Genth said that beyond popular video game consoles, it will not lead to empty shelves.

Inflation, which at 4.5% is at its highest level in nearly three decades, could also take a bite out of German customers’ gift-giving budget.

Genth added that how the pandemic plays out over the coming months and the associated safety measures will affect whether the HDE’s forecast will be borne out.

Many retailers had to close their doors last winter as the German government tried to stem the pandemic.

“No one can afford that anymore,” said Genth, who added that retail stores are not hotspots for the coronavirus’ spread.

Germany’s infection rate has risen to its highest level https://www.reuters.com/world/europe/german-coalition-parties-table-coronavirus-draft-law-monday-2021-11-07 since the start of the pandemic, public health figures showed on Monday. 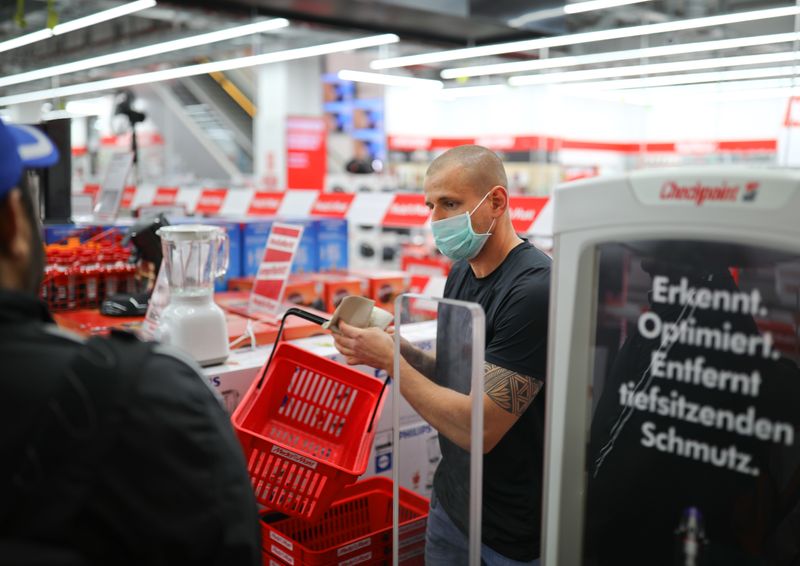