WASHINGTON – U.S. Senate Minority Leader Mitch McConnell said on Monday that Republicans in the 2022 congressional elections should focus on the alleged misdeeds of Democrats rather than on former President Donald Trump, saying the campaign should not be “about the past.”

At an appearance in Covington, Kentucky, the top Senate Republican said his party’s strong showing in elections in Virginia, New Jersey and other states last week demonstrated voter concerns about the direction of the country under President Joe Biden and his Democratic allies in Congress.

“The key to ’22 is to have a discussion with the American people about how they feel about the new administration and the Democratic Congress and what they’re doing,” said McConnell, who argued that voters reject the $1.75 trillion social-policy and climate-change legislation that Democrats are now trying to pass in the House of Representatives and Senate.

Asked if the Republican playbook would be to keep Trump at arm’s length during next year’s campaign, he said: “The election will be about the future, not about the past.”

The elections will determine which party sets the agenda in Congress during the run-up to the 2024 presidential election. Republican hopes of reclaiming majorities in both chambers have surged since last Tuesday https://www.reuters.com/world/us/republicans-jolt-biden-with-win-virginia-close-race-new-jersey-2021-11-03, when Republican Glenn Youngkin won Virginia’s governorship.

Youngkin’s victory has raised questions about the future role for Trump, who falsely claims the 2020 election was stolen from him through massive voter fraud.

The Virginia Republican won back moderates who had supported Biden over Trump only a year ago, partly by distancing himself from the former president.

But Trump seems unlikely to fade into the political background. Over the weekend, he lashed out at McConnell and other Republicans who supported the $1 trillion infrastructure https://www.reuters.com/world/us/bidens-sweeping-infrastructure-social-spending-bills-finally-get-vote-2021-11-05 bill that passed the House on Friday after months of delay, calling them “RINOs” – a term meaning “Republican in name only.”

McConnell, one of 19 Republicans who voted for the bill in the Senate, said Monday, “I was delighted that the House finally found a way to pass the infrastructure bill.” 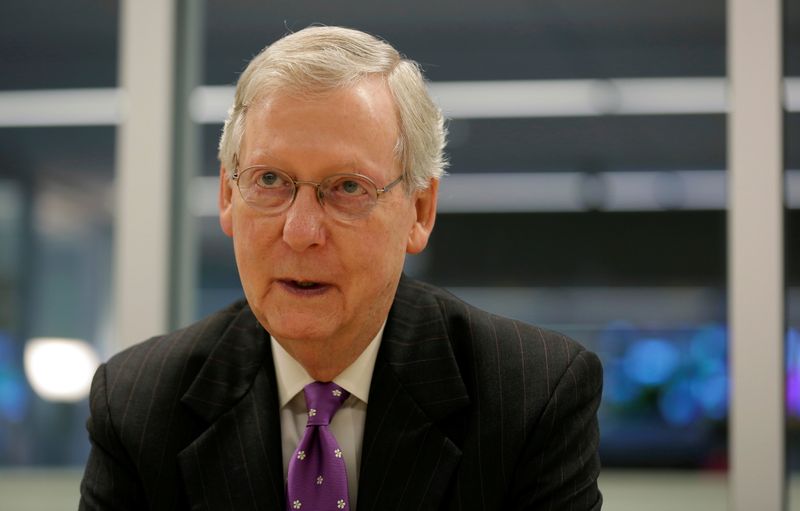