NEW YORK – Potentially destabilizing disruptions in U.S. Treasuries as the Federal Reserve pares bond buying have rekindled calls for it to change a capital rule which banks say discourages them from supporting the market.

Bond market volatility increased in late October, fueling fears it may again seize up as it did in March 2020 and during 2013’s “taper tantrum” when traders dumped Treasuries ahead of the Fed reducing bond purchases.

Moves in the Treasury market, the deepest and most liquid market in the world, can have far-reaching ramifications as it sits at the heart of the global financial system, acting as a benchmark for asset classes globally and enabling the U.S. dollar to operate as the world’s reserve currency.

Known as the Supplementary Leverage Ratio (SLR), the rule in question was introduced after the 2007-09 financial crisis as a backstop to reinforce primary capital rules.

But as COVID-19 government stimulus checks and the Fed’s massive bond-buying program inundated banks with deposits last year, some have been constrained by the SLR, which requires them to hold capital against assets regardless of their risk.

To incentivize them to keep lending and continue dealing in the stricken Treasury market, the Fed exempted deposits lenders hold with the central bank, known as reserves, and U.S. Treasuries from the ratio for a year.

The Fed let that exemption expire in March, saying it would launch a formal review. But it has yet to publish a proposed rule change, raising concerns in some quarters just as the central bank’s board faces a major reshuffle.

“Banking agencies should take action to fix the requirements now, rather than looking back with regret in the wake of significant Treasury market volatility,” the Bank Policy Institute, which represents big banks, warned in a blog.

“If tapering or a debt-ceiling crisis happen before changes to leverage ratios are made, there is heightened risk of another episode of Treasury market dysfunction,” it added.

Some of the biggest banks which are critical dealers in the market, including JPMorgan Chase and Morgan Stanley are facing SLR limits, Standard & Poor’s analysts say.

While tapering should reduce the upward pressure on bank reserves, it could continue until the Fed ends its bond-buying program, which is not expected until the middle of 2022.

Fed chair Jerome Powell told a press briefing last week that the central bank was reviewing the SLR, including as part of a wider Treasury market overhaul it is discussing with other top regulators, but did not comment on the rule change proposal.

“It’s important that we have a liquid Treasury market…and we need to do those things that enable that, while also assuring safety and soundness of our largest financial institutions.”

The SLR was created to augment rules which call for capital based on the riskiness of an asset. But risk-adjusted rules can be circumvented and failed to fully protect the system from the complex products that contributed to the financial crisis.

However, banks say it makes no sense for the SLR to require the same ratio of capital for essentially risk-free assets such as Treasuries and reserves as for loans to companies.

As a result, the SLR can have the unintended consequence of hurting liquidity in the Treasury market by making it expensive to hold bonds on their books, say banks.

“If it becomes a binding constraint it can have some perverse effects like disincentivizing activity in low-risk markets,” Sean Campbell, head of policy research at the Financial Services Forum, which represents big banks, said.

But the market is not facing a “doomsday scenario”, he added.

Some observers say it might take another market convulsion similar to 2020 for the Fed to again make exemptions.

Changing the rule is a political hot potato as progressive Senate Democrats say to do so would be a giveaway to Wall Street and would increase systemic risk.

“We believe the Federal Reserve has not advanced a proposal to fix the SLR for political reasons,” Jaret Seiberg of Cowen Washington Research Group wrote recently.

One potential fix, Seiberg said, is for the Fed to exempt reserves but increase the SLR’s overall requirement enough to offset the reduction. That might satisfy progressives by leaving the total required capital the same as before.

But that is not likely to happen until the Senate confirms a new Fed chair and vice chair for supervision, which could drag the issue into 2023.

“Big banks will have to cope with a binding leverage constraint for many quarters to come,” Seiberg wrote. 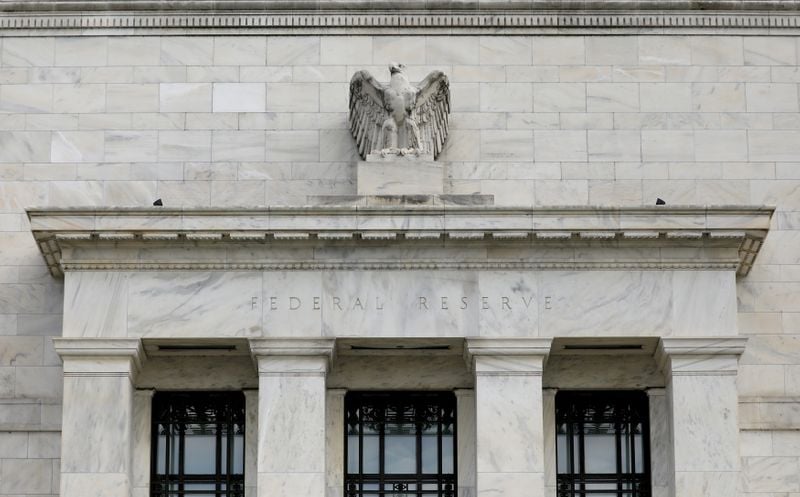