TORONTO – A steady stream of Canadian visitors, particularly retirees headed to U.S. sun spots, crossed the U.S. border by car on Monday for the first time in 20 months as Washington lifted travel restrictions.

Traffic was heavy at times at some U.S. border posts such as Bluewater Bridge, Michigan near Sarnia, Ontario, and Champlain, New York, near Quebec. But lines overall appeared to be moving steadily.

The United States imposed a travel ban in early 2020 in response to the coronavirus pandemic, barring access to most non-U.S. citizens traveling from 33 countries – including China, India and much of Europe – and restricting overland entry from Mexico and Canada.

On Monday, packed intercontinental flights touched down, while the U.S. land borders with Mexico and Canada also saw families reunite.

“This whole half of my life has been missing for almost two years,” said Janet Simoni, who lives in London, Ontario and whose husband lives on the other side of the U.S.-Canada border near Detroit, Michigan.

The two had missed major milestones including a graduation and funeral, she said.

The news of the border’s reopening unleashed “tremendous pent-up demand,” said Marty Firestone, whose travel insurance agency saw business up 25% last month compared to October 2019 – much of it from snowbirds.

Most travelers are required to show proof of vaccination in both directions. Some U.S. states also require a negative COVID-19 test. Canada requires a negative PCR test, which is more time-consuming and costly to get.

Meanwhile the Canada Border Services Agency is bracing for an influx of returning Canadian land travelers who may be unfamiliar with the rules, said Michael Prosia, an official in the agency’s southern Ontario region.

According to Statistics Canada, three-quarters of Canadian trips to the United States in 2019 were by car. That year Canadians made 21.5 million car trips across the border that involved less than a day’s stay.

Kristy Kennedy, an official at North Country Chamber of Commerce in northern New York, watched a live video feed of the border crossing at Champlain, New York on Monday morning.

“Having seen it just so bare at the border for 20 months, I was curious. … I wanted to log in and see if that relationship was as strong as it always has been,” she said. “And I think the two-hour wait and the two-mile-long lines of cars spoke volumes.”

The border reopening means a lot for her region, she said – just about every aspect of its economy is positively affected by the reopening. But now, she said, her organization is pushing for Canada’s PCR test requirement to be lifted.

“We’ve had a few people say, ‘Until that’s lifted, we really can’t come down to Plattsburg,” a city in northern New York. 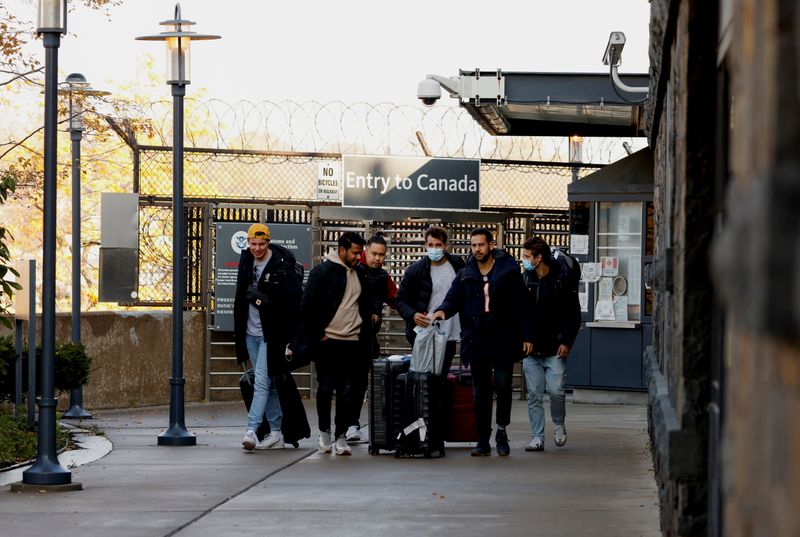 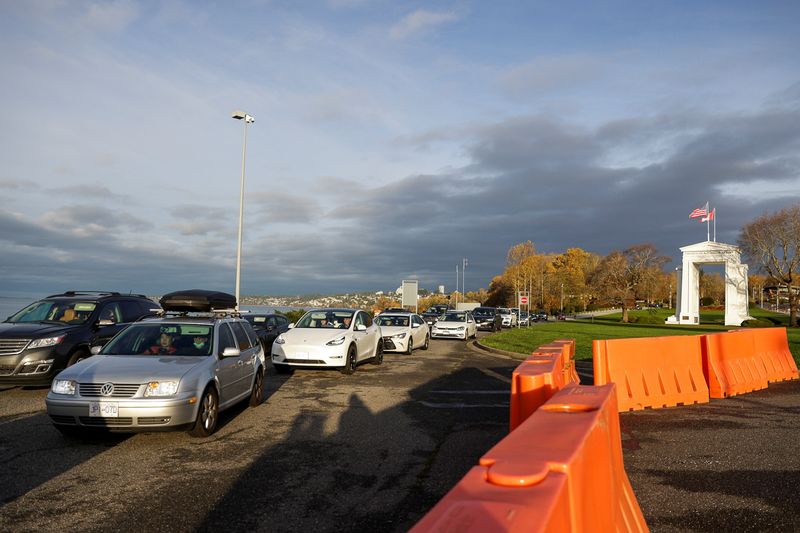 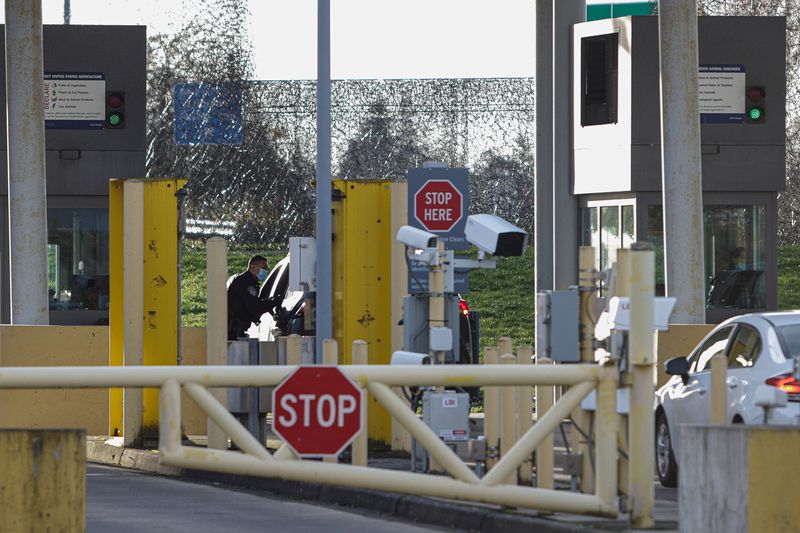 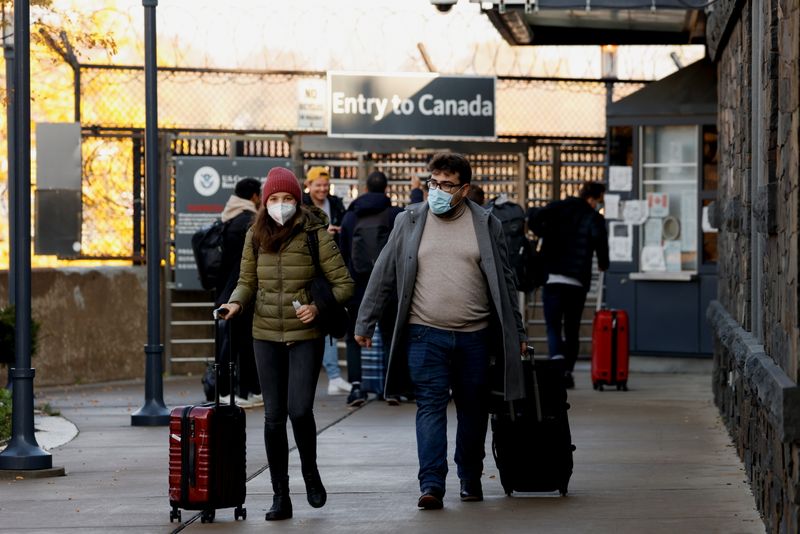 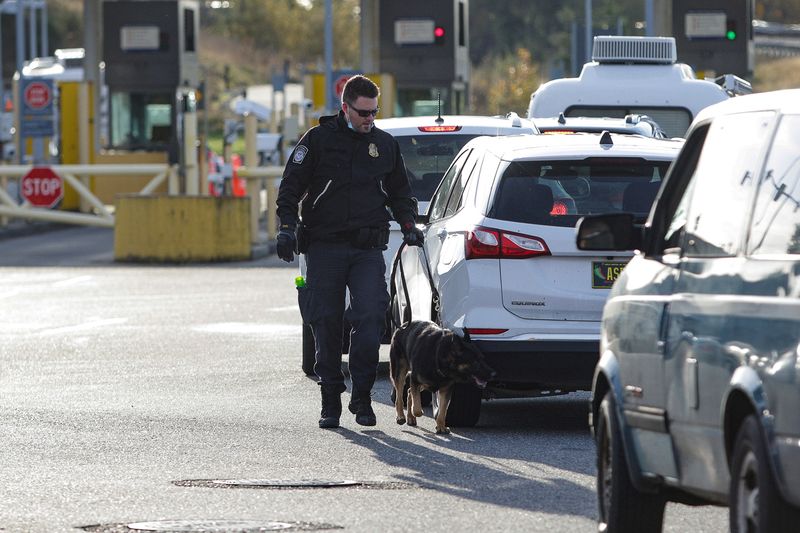