CHICAGO -U.S. Commerce Secretary Gina Raimondo said on Monday she was confident semiconductor chip manufacturers and other companies in the supply chain would voluntarily submit data to the department ahead of today’s deadline.

Raimondo told Reuters in an interview she had called within the last two weeks “all of the CEOs in the supply chain — including Samsung, TSMC, SK… and all of the CEOs have pledged to me that they will be submitting robust and complete data flows to us. … So far they’ve all been cooperative and said they will send us what we’ve asked for.”

The Commerce Department in September made the request for information to automakers, chip companies and others, saying the information would boost supply-chain transparency, and set a Nov. 8 deadline to respond.

Raimondo had warned in September that she would use compulsory measures to get the data if needed. She said at the time the data “will give us more information about the supply chain, and the goal is to increase transparency so we can try to identify where the bottlenecks (are) and then predict challenges.”

On Monday, Raimondo said she was “optimistic,” and that if the data wasn’t “good enough,” further action may be needed.

South Korea’s trade ministry had expressed reservations on Oct. 6, saying “the scope of the requested data is vast and a number of operational secrets are included, which is a big concern in South Korea.”

The White House and Raimondo are urging Congress to approve $52 billion before year-end to boost U.S. chip manufacturing.

Raimondo said it was urgent: “It’s got to happen. It’s essential for national security.”

Automakers, including General Motors, Toyota Motor Corp and Renault (RENA.PA) have slashed output this year due to scarce chip supplies, made worse by a COVID-19 resurgence in key Asian semiconductor production hubs, and other companies, including Apple Inc, have also been impacted. 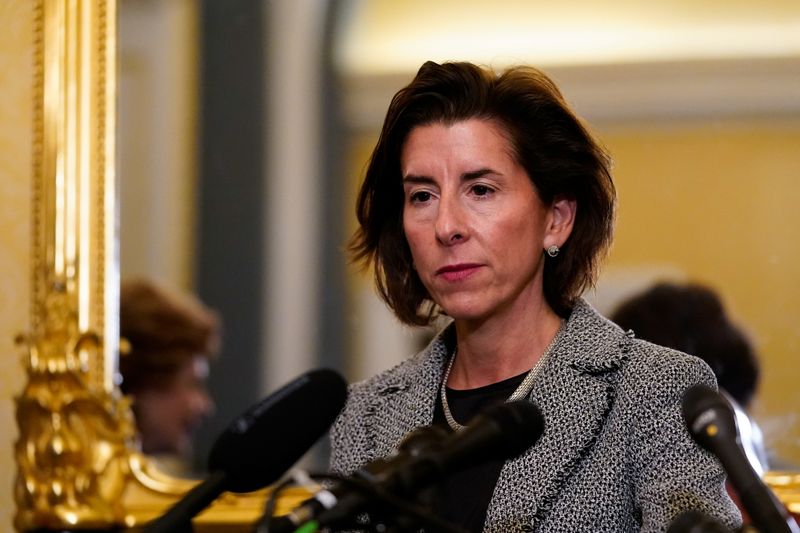