– When Elon Musk asked his Twitter followers last weekend if he should sell 10% of his Tesla Inc stock, he said he was posing the question because “much is made lately of unrealized gains being a means of tax avoidance.”

Yet the timing of his upcoming stock sale could solve a major tax headache for himself and save Tesla billions of dollars from its own tax bill before congressional Democrats clamp down on such breaks and try to hike taxes for the super-wealthy, tax and corporate compensation experts said.

Musk could time the proposed sale to coincide with a federal tax bill of nearly $11 billion that would be triggered by exercising a chunk of his Tesla stock options worth $26.6 billion as of Monday’s close.

The options expire in August 2022 and Musk has said previously he does not keep much cash around, because his wealth is tied up in his 17% stake in Tesla. He could also borrow against Tesla shares to raise debt to pay the taxes on the options.

The options were granted to Musk in 2012, the year Tesla first rolled out its Model S and built just 3,100 cars.

Almost a decade later, Tesla is now the world’s most valuable car maker, with annual deliveries approaching 1 million vehicles and factories under construction across the globe.

Musk would have to pay full income tax on the massive gain in the shares’ value, but could sell some without additional capital gains taxes.

Tesla can also use the move to take a corresponding income tax deduction of more than $5 billion for the transfer of shares to Musk, taking advantage of a decades-old feature of corporate tax law, said Steve Rosenthal, senior fellow at the Urban-Brookings Tax Policy Center.

This is a benefit that Tesla would risk losing if Musk waited much longer, because Democratic lawmakers have proposed a 15% corporate alternative minimum tax that would negate such deductions as part of President Joe Biden’s sweeping social and climate spending plan.

“Musk gets the last laugh when Tesla takes a large deduction, which they may not get to take next year,” said Steve Rosenthal, a tax lawyer and senior fellow at the Urban-Brookings Tax Policy Center, a Washington think-tank.

Musk and Tesla did not immediately respond to requests for comment.

To receive the stock options, Musk had to hit performance targets, including a $4 billion increase in Tesla’s market capitalization and operational goals related to vehicle development.

The gain on exercising the options would be taxed at the top rate of 37% plus an additional 3.8% surcharge for Medicare, tax experts said. California and Texas, where he now lives, would collect additional taxes.

Brian Foley, an independent compensation expert, said Musk had two options to pay for the tax bill – sell stock or borrow against it. The second option is risky because Musk could find himself in the red were Tesla shares to lose value, he said.

“If you have stock that has appreciated as much as his stock has, which is insanely appreciated, I think it makes sense to sell the shares,” Foley said.

Musk did not make clear in his proposal why he would sell 10% of his shares.

In one of his tweets last weekend, Musk alluded to his potential tax liabilities without referring specifically to the exercising of options.

“Note, I do not take a cash salary or bonus from anywhere. I only have stock, thus the only way for me to pay taxes personally is to sell stock,” Musk wrote.

Tesla’s practice of using the exercising of options as a tax benefit has long been a feature of U.S. corporate tax law, which allows some large firms to reduce their tax liabilities to zero as they compensate executives heavily with stock.

Biden has railed against big corporations paying little in taxes and has backed Democrats’ proposal for the 15% corporate minimum tax that excludes stock related deductions, which would curtail the abilities of companies to slash their tax bills.

The minimum tax is a key revenue-raising measure in Biden’s “Build Back Better” bill that would help pay for universal pre-school, an expanded child tax credit and a host of green energy and electric vehicle tax breaks.

The provision has been estimated to raise $319 billion in new revenue over 10 years.

While the draft Build Back Better legislation shows the corporate minimum tax starting in the 2023 tax year, elements of the package have shifted rapidly in recent weeks to meet lawmakers’ demands.

Democrats’ latest version of the bill does not contain a proposed tax on the unrealized investment gains of billionaires that Musk referred to in his tweet. 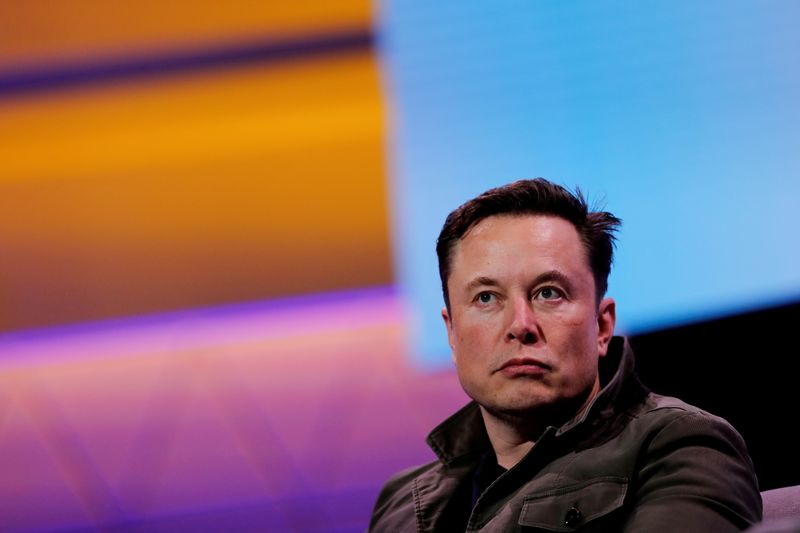