-Royal Caribbean Group’s Chief Executive Officer, Richard Fain, is stepping down after more than three decades with the U.S. cruise operator that is still recovering from the slump caused by the coronavirus crisis.

Finance chief Jason Liberty will takeover as CEO, Royal Caribbean said on Tuesday, and will be tasked with taking the company back to pre-pandemic levels as sailing operations slowly restart more than a year after operations were suspended.

Fain was one of the key leaders to push for a safe restart of sailings during the pandemic that wiped off half of Royal Caribbean’s market valuation in 2020.

The company teamed up with rival Norwegian Cruise Line Holdings Ltd to form a task force to help develop safety standards for restarting the industry.

Royal Caribbean became the first major cruise operator to resume operations from U.S. ports in June, and booking trends for 2022 are reaching historical ranges due to pent-up demand from travelers, the company has said.

Fain, who will step down in January 2022, said “it was the right time to step down” with most of the company’s ships operating and the group nearing a full return to cruising.

During his tenure, Fain spearheaded the company’s expansion into a group with nearly 60 ships, spanning several cruise line brands including Royal Caribbean International and Celebrity Cruises.

Fain would remain chairman of the board and will work with Liberty, who joined Royal Caribbean in 2005 and took up the role of chief financial officer in 2013.

(Reporting by Aishwarya Venugopal in Bengaluru; Editing by Shinjini Ganguli) 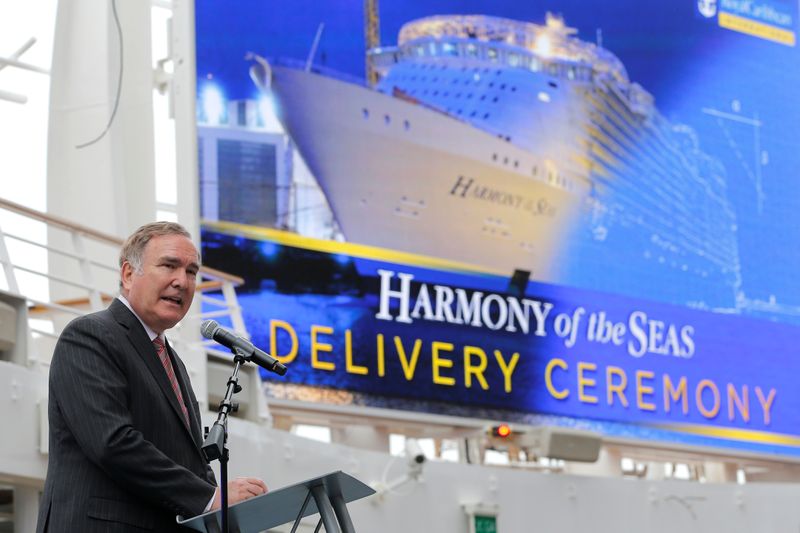