– Max Cleland, a veteran who lost an arm and both legs during the Vietnam War and went on to become a U.S. senator from Georgia, died on Tuesday at the age of 79.

His death was confirmed by one of the current senators from Georgia, Jon Ossoff, who described Cleland as “a patriot, a public servant, and a friend.” President Joe Biden, in a statement after Cleland’s death, described him as a “hero” who provided “fearless service.”

Cleland died at his home in Atlanta from congestive heart failure, his friend and personal assistant told the media.

As a 25-year-old serving in the 1st Cavalry Division of the U.S. Army during the Vietnam War, Cleland lost both his legs and his right arm in a grenade explosion at Khe Sanh in 1968.

“When my eyes cleared I looked at my right hand. It was gone. Nothing but a splintered white bone protruded from my shredded elbow,” Cleland wrote in his 1980 memoir, “Strong at the Broken Places.”

Cleland spent 18 months recuperating. He later led the U.S. Veterans Administration, now the Department of Veterans Affairs, appointed in 1977 and holding the post until 1981. He also served in the Georgia Senate from 1971 to 1975 and was Georgia’s secretary of state from 1983 until 1996.

Cleland, a Democrat, served one term in the U.S. Senate and lost a 2002 re-election bid to Republican Saxby Chambliss.

“After grueling months in the hospital, enduring multiple surgeries and a long road back to recovery, Max turned his pain into purpose,” Biden said.


Cleland also went on to serve as a director of the Export-Import Bank and was appointed by former President Barack Obama to be secretary of the American Battle Monuments Commission.

(Reporting by Kanishka Singh in Bengaluru; Editing by Steve Orlofsky) 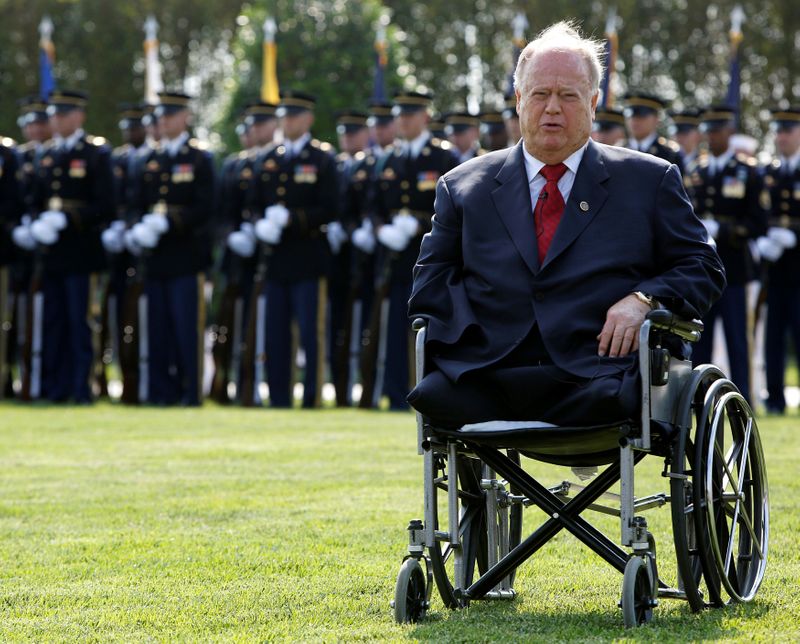