By Patricia Zengerle and Jan Wolfe

The 10 people subpoenaed include White House aides and other officials, including some senior officials, who the committee said were around Trump as thousands of his supporters marched on the seat of the U.S. government as then-Vice President Mike Pence and members of Congress met to certify the Republican president’s defeat in the November 2020 election.

U.S. Representative Bennie Thompson, chairman of the House of Representatives select committee, said in a statement that it wants to “learn every detail of what went on in the White House” on Jan. 6 and the days immediately preceding the attack.

“We need to know precisely what role the former President and his aides played in efforts to stop the counting of the electoral votes and if they were in touch with anyone outside the White House attempting to overturn the outcome of the election,” Thompson said.

The committee asked those subpoenaed to produce documents by Nov. 23 and to appear for depositions behind closed doors from late November until mid-December.

Trump said in a statement that the subpoenas were politically motivated from a select committee of “politically ambitious hacks.”

The panel has now issued at least 35 subpoenas and received testimony from more than 150 witnesses. It had announced six https://www.reuters.com/world/us/us-house-16-committee-issues-subpoenas-trump-associates-2021-11-08 – for Trump associates including top aides from the Republican’s failed 2020 re-election campaign – on Monday.

More than 670 people have been charged with taking part in the riot at the Capitol. It was the worst attack on the seat of the U.S. government since the War of 1812 and the only time power in the United States has not been transferred peacefully.

Trump has filed suit https://www.reuters.com/world/us/judge-hear-trump-bid-stonewall-us-capitol-riot-investigation-2021-11-04 to avoid turning over White House documents and urged former aides to reject panel subpoenas, claiming the right to withhold information because of executive privilege, a legal principle that protects many White House communications.

Legal experts have disputed his claim that the principle applies.

The House voted last month to hold longtime Trump ally Steve Bannon in contempt https://www.reuters.com/world/us/us-house-edges-toward-contempt-charges-against-trump-aide-bannon-2021-10-21 over his refusal to cooperate. The Department of Justice has not yet said whether it would pursue criminal contempt charges against Bannon.

Among the others subpoenaed were John McEntee, who was White House personnel director, and Christopher Liddell, a White House deputy chief of staff.

The former Trump aides could not immediately be reached for comment or did not respond to requests for comment. 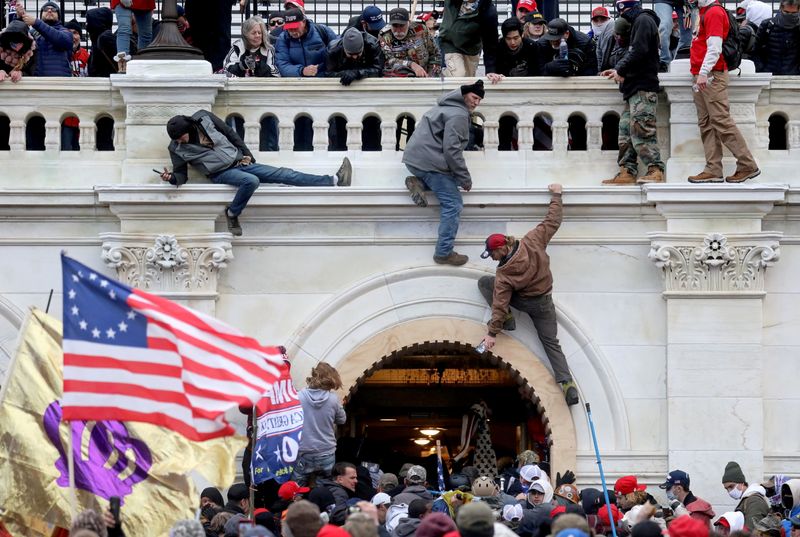