– Poshmark Inc forecast holiday-quarter revenue below estimates on Tuesday due to a bigger-than-expected hit from the recent changes in Apple’s privacy policy that has limited advertisers’ ability to attract new customers.

Shares in Poshmark, which went public in January, fell 27% in extended trading, as it also missed third-quarter revenue estimates a day after rivals ThredUp Inc and RealReal beat expectations.

Apple Inc launched a privacy update in April, preventing advertisers from tracking iPhone users without their consent, sparking an uproar from major social-media companies such as Facebook and Snap Inc, which have warned of a prolonged hit from the changes.

Poshmark said it was spending more on marketing, directing funds toward TV advertisements and partnering with social media influencers to counter the impact of Apple’s privacy changes.

The increased expenditure, however, has led Poshmark to report a third-quarter loss of 9 cents per share, bigger than analysts’ estimates of a loss of 7 cents per share, according to IBES data from Refinitiv.

ThredUp, which went public in March, forecast fourth-quarter revenue above estimates and said it was lowering prices to attract customers at a time clothing retailers have been increasing rates to counter surging costs and supply bottlenecks.

(Reporting by Uday Sampath in Bengaluru; Editing by Vinay Dwivedi) 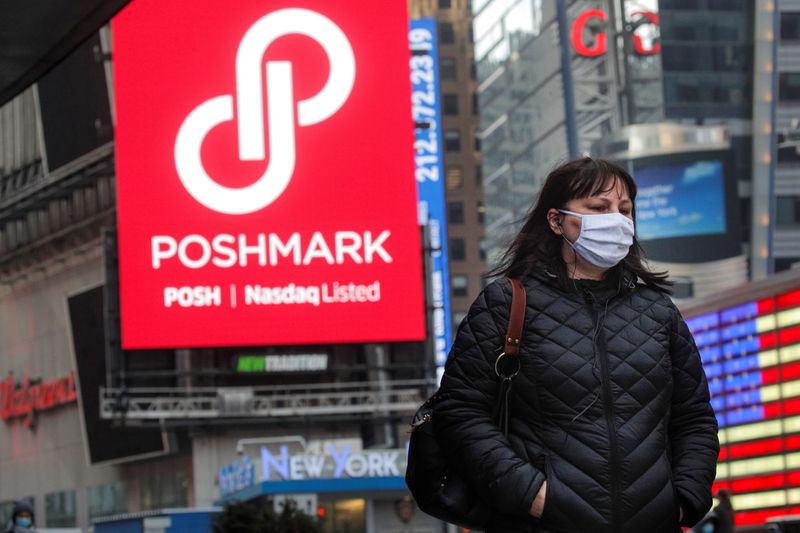