LONDON – British shoppers picked up the pace of their spending in October despite concerns about rising inflation, according to a survey published on Tuesday.

The British Retail Consortium said retail spending rose by 1.3% compared with October 2020, recovering some momentum after growth slowed to just 0.6% in September when a lot of spending shifted away from shops to panic-buying of fuel caused by a shortage of tanker drivers.

“The much-reported squeeze on household spending has yet to materialise as consumers seem happy to carry on shopping,” said Paul Martin, UK head of retail at KPMG, which produces the data with the BRC.

Last week the Bank of England predicted rising prices would eat into consumer demand as it forecast that inflation would hit almost 5% in April next year, due in large part to post-lockdown supply chain bottlenecks and surging energy prices.

Martin said the limited availability of stocks was creating “strong pricing dynamics” and meant discounts were unlikely in the Christmas season.

Spending on entertainment jumped as cinema-goers flocked to see the latest James Bond film and there were also increases in spending on digital subscriptions and on travel as restrictions lifted, Barclaycard said.

Its surveys currently do not compare sales with 2020 because of distortions caused by pandemic lockdowns. 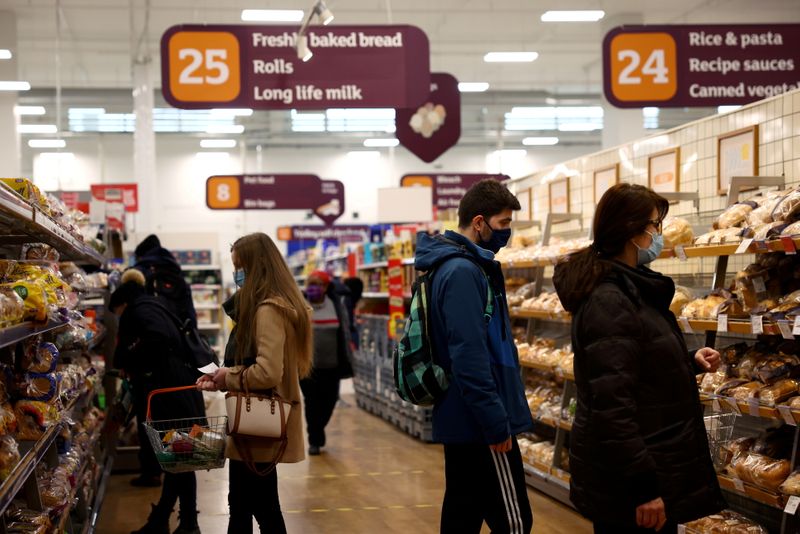