ISLAMABAD – Afghanistan’s Taliban-appointed foreign affairs chief begins a visit to Pakistan on Wednesday to discuss trade and other ties as the Taliban seek global recognition and the unfreezing of assets to prevent an economic crisis.

While Pakistan has not formally recognised the Taliban administration after the militants took over in August, it has longstanding ties with the group, though Islamabad officially denies accusations by Afghanistan’s old rulers and their Western allies that it backed the Islamists during 20 years of war.

The visit comes as the Taliban seek global recognition.

Pakistan has called on governments to allow development assistance to flow into Afghanistan and to unfreeze billions of dollars in its central bank assets to prevent economic collapse.

Despite the generally good relations between the Taliban and Pakistan, they have had problems.

Traders have also complained that some crossings on their common border have been closing regularly, disrupting flows of goods.

Pakistan’s foreign ministry said this week’s visit was a follow-up to one last month by its foreign minister to Kabul, who focused on smoothing trade and other ties.


Also on Wednesday, Pakistan’s arch-rival India was holding a conference on Afghanistan for regional countries but Pakistan’s national security adviser said Pakistan would not attend.

India had close ties with Afghanistan’s old U.S.-backed government and the Taliban victory over it represents a significant loss of influence for India in Afghanistan. 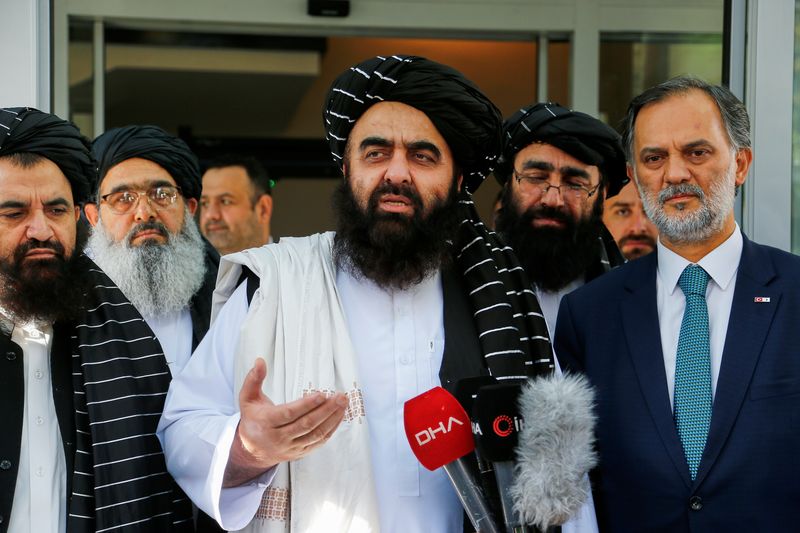