By Judy Hua and Kevin Yao

BEIJING – New bank lending in China fell sharply in October from the previous month, but not quite as badly as forecast by analysts who expect the central bank to ease monetary policy cautiously due to risks of stagflation.

Data released on Wednesday by the People’s Bank of China showed banks extended new loans of 826.2 billion yuan ($129.27 billion) in October, down sharply from 1.66 trillion in September but better than the 800 billion expected in a Reuters poll of analysts.

The new loans were higher than 689.8 billion yuan a year earlier.

“There are some signs that PBOC policy is turning more supportive in response to strains in the property sector. As such, we think this might be the trough in credit growth,” Capital Economics said in a note.

“But the usual lags mean that tight credit conditions will remain a headwind to economic activity for a while.”

Outstanding yuan loans grew 11.9% from a year earlier, in line with expectations and hovering at the lowest since May 2002.

The PBOC is likely to move cautiously on loosening monetary policy to bolster the economy, as slowing economic growth and soaring factory inflation fuel concerns over stagflation, policy sources and analysts said.

Wen Bin, a senior economist at Minsheng Bank, said he expected the central bank to rely on targeted policy tools in the near term to support small firms and some other sectors.

Analysts at Goldman Sachs estimated the PBOC could provide funding support of about 1.2 trillion yuan over the coming year.

Growth of outstanding total social financing (TSF), a broad measure of credit and liquidity in the economy, was at 10.0% in October, unchanged from September. 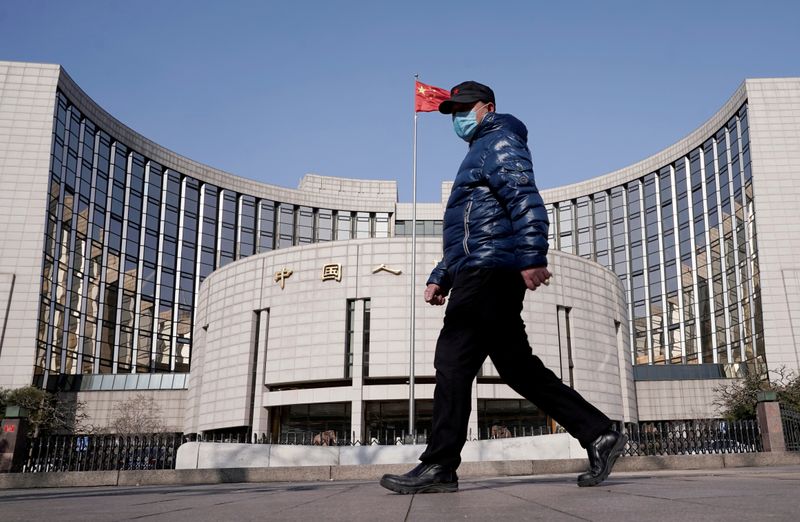