ORLANDO, Fla. – The recent explosion in interest rate volatility and dramatic repricing of central banks’ near-term policy path has claimed a few victims across the financial market spectrum, none more so than currency-trading hedge funds.

Policymakers from Brazil to Britain, and from Turkey to Canada, caught investors off guard with surprise rate decisions and policy guidance. Yet it is leveraged foreign exchange trading, where interest rate differentials drive speculators’ currency bets, that the spillover has been most visible.

Of HFR’s near 40 major benchmark indexes across a range of asset classes and strategies, it is the only one in the red year to date.

The outsized aggregate losses in October are puzzling, however, given the veneer of calm in most currencies, where implied volatility and spot exchange rates barely budged.

Analysts at Morgan Stanley liken equity and currency markets to a duck swimming – gliding serenely across the water, but paddling furiously below the surface. The frenetic churn is the wild swings in short-term rates.

They find that aside from the volatility at the onset of the COVID-19 pandemic in February-April 2020, the last couple of weeks have produced the highest intensity of large one-day cross-asset moves at any time since 2011.

Don’t hedge funds crave volatility to pounce on price mismatches and arbitrage opportunities? If they can ride the rising tide of volatility, that is considered ‘good’ volatility; but if the wave crashes on top of them, that’s ‘bad’ volatility.

“Traders always want to look for relative value and disconnects, but what we have seen in the rates space is that a lot of these relationships have been unusually odd. That reduces risk appetite,” says Andrew Sheets, Morgan Stanley’s chief cross-asset strategist.

These oddities include flattening at the ultra-short end of some rate curves, and flattening – even inversion – at the ultra-long end of others. These moves can bamboozle funds looking to exploit short-term anomalies, as well as those betting on longer-term trends.

In normal times, investors are plagued with a greater degree of uncertainty surrounding the longer term outlook than the near-term horizon. This goes for pretty much everything, from central bank policy and inflation, to growth and political risk.


It helps explain risk premium and term premium in bond markets, and why yield curves should slope upward.

But these are not normal times. There is no playbook for how policymakers steer economies out of a global pandemic, and no template for investors to navigate that lack of clarity.

Some of the world’s most renowned macro hedge funds reportedly suffered huge losses in the recent blow up, stung by a burst of central bank ‘miscommunication’ and the dramatic re-pricing of rate expectations that followed.

The Reserve Bank of Australia abruptly decided not to intervene in the bond market and cap three-year yields at 0.1%, the Bank of Canada summarily ended its quantitative easing bond-buying program, and having signaled it was preparing to raise rates, the Bank of England backed off from pulling the trigger.

Perhaps most alarming is the growing uncertainty surrounding the make-up and direction of the Federal Reserve. Chair Jerome Powell’s re-nomination is far from guaranteed, and three resignations have freed up seats on the institution’s rate-setting committee.


Interest rate volatility, if not FX vol, is likely to remain a key driver for currency markets for the remainder of the year, according to JP Morgan’s FX strategy team.

“Markets are left with much weakened faith in central bank forward guidance, a greater willingness to reprice on data surprises and thus a propensity to test the limits of central bank patience,” they wrote in a note on Friday. 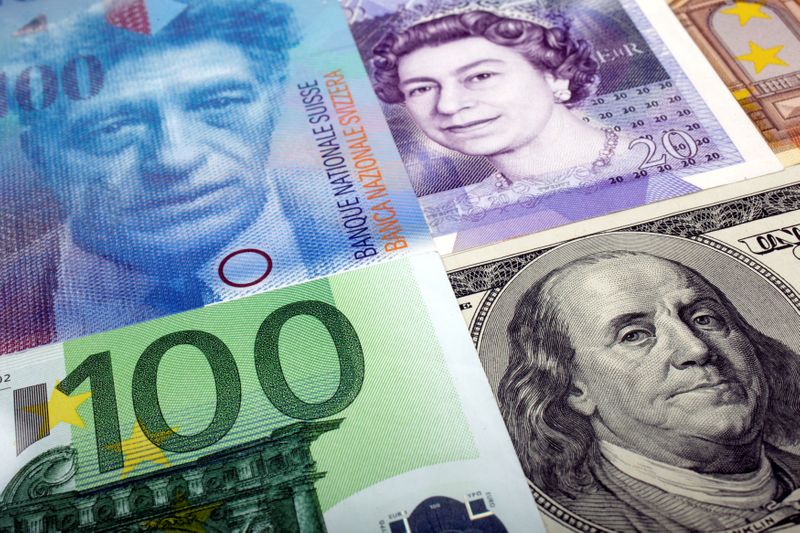