A record number of Americans took to using cannabis products for recreation during last year’s months-long lockdowns and now, retail stores are reaping the benefits as both new and old customers visit after pandemic curbs ease.

“American consumers are overwhelmingly choosing cannabis for well being. People are demanding this product and we only see that growing,” Chief Executive Officer Ben Kovler told Reuters in an interview.

Kovler estimated the U.S. cannabis industry is currently worth $24 billion in annual sales, in line with independent research data, and expects it could triple in size over the next decade as new states, products and consumers enter the market.

New marijuana sector-friendly policy changes, including access to federal banking and expectations of federal decriminalization of marijuana, have sparked optimism among investors in the industry.

“We believe that American consumers will consume $80 billion of annual cannabis and that means that there’s at least $50 billion more of legal sales to come in the next decade,” Kovler said.


Chicago-based Green Thumb’s profit more than doubled to $20.2 million, or 8 cents per share, in the third quarter ended Sept. 30.

Green Thumb, which has 16 manufacturing facilities, 66 retail outlets and operations across 14 U.S. states, said its retail revenue increased 7.3% sequentially, as it opened new stores and more people walked into the older ones.

(Reporting by Arunima Kumar and Rithika Krishna in Bengaluru; Editing by Devika Syamnath) 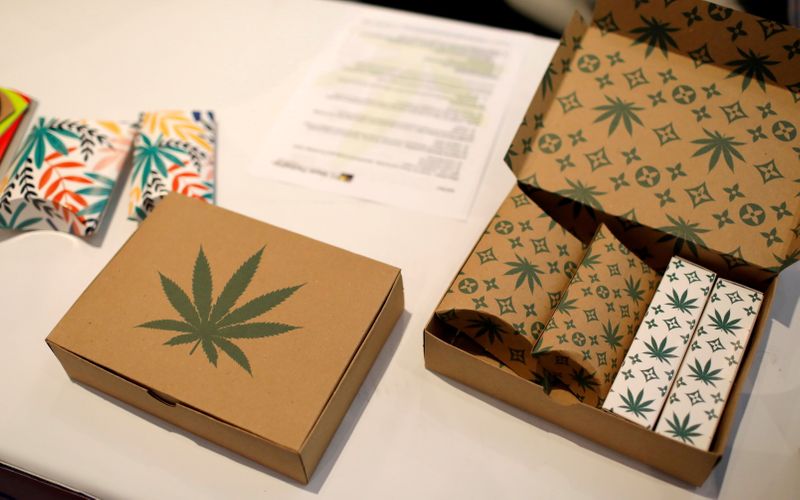