By Antoni Slodkowski and Leika Kihara

TOKYO (Reuters) -Japanese Prime Minister Fumio Kishida vowed on Wednesday to compile a pandemic-relief stimulus package worth “several tens of trillion yen” by the end of next week that will include cash payouts to households hit by the coronavirus crisis.

Cash payouts worth 100,000 yen ($884) each will be delivered to students, temporary workers and low-income households hit hardest by the pandemic, Kishida said.

The government will also offer cash and vouchers worth a combined 100,000 yen to children aged 18 or younger excluding those of families with annual income exceeding 9.6 million yen, he said.

“We will compile an extra budget as soon as possible by the end of this year, to deliver (the payouts) at the earliest date possible,” Kishida told a news conference.

The package will also include aid to agriculture and fishery industries hurt by the recent spike in gasoline prices, he said, without elaborating on the size of expected spending.

Kishida formed his cabinet on Wednesday after his Liberal Democratic Party (LDP) was returned to power with a strong majority in last month’s election.

A post-election boost for the softly-spoken former banker boosted government support ratings to 53% in an opinion poll this week by public broadcaster NHK. Two weeks ago support was at 46%.

The solid ratings, a planned economic stimulus that could be worth more than 30 trillion yen, coupled with high vaccination rates, could help Kishida solidify his power base in the LDP.

Kishida reappointed all but one of the ministers from the previous line-up, announced last month after he was first elected by parliament following his victory in the LDP leadership race triggered by Yoshihide Suga’s resignation in September.

One change was in the position of the foreign minister, where Kishida replaced Toshimitsu Motegi, who has moved to a key party post, with another LDP heavyweight – former Education Minister Yoshimasa Hayashi.

Kishida, who has vowed to take a firm stance for democracy in the Chinese-ruled city of Hong Kong and human rights of the Uyghur Muslim minority, appointed former Defence Minister Gen Nakatani his special adviser in charge of international human rights issues.

With elections out of the way, Kishida is setting an ambitious agenda https://www.reuters.com/business/japan-pm-kishida-says-he-hopes-compile-stimulus-package-nov-19-kyodo-2021-11-09 to pass economic stimulus on Nov. 19, and an extra budget to fund the spending by the end of this month.

He said his economic policy will include steps to promote digitalisation, investment in green technology and a review of listing standards to help start-ups raise funds more smoothly.

He further said the government will speed up preparations to submit legislation to parliament for steps to strengthen Japan’s supply chain and infrastructure.

Regarding steps to combat the COVID-19 pandemic, Kishida said the government plans to launch booster shots for those aged 18 or older in December, secure enough beds so that more than 35,000 coronavirus patients can be hospitalised, and aims to make oral anti-viral drugs available by the end of the year. 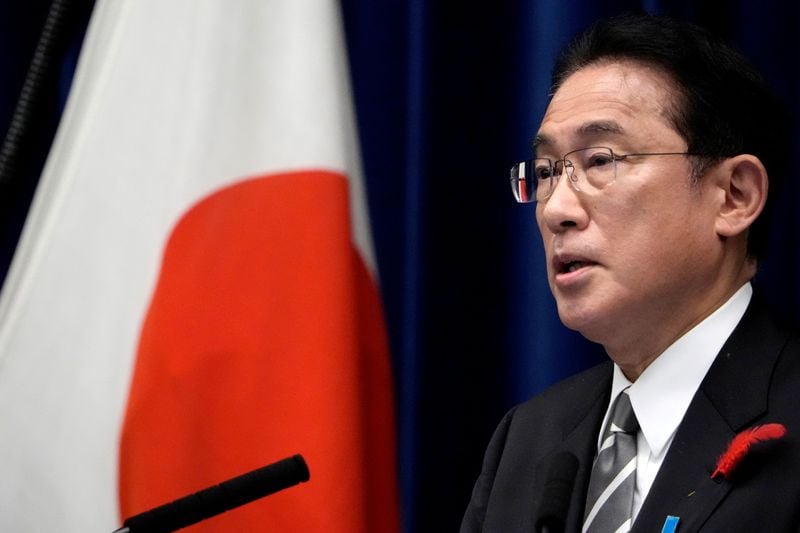