By Luc Cohen and Alexandra Ulmer

Bruce Bagley https://www.reuters.com/article/us-venezuela-corruption/u-s-charges-miami-professor-in-venezuela-money-laundering-scheme-idUSKBN1XS2G4, a former University of Miami professor who studied drug trafficking in Latin America, was arrested in November 2019 on charges he received $2.5 million in deposits from overseas accounts that were controlled by Saab, and that he retained a commission. He pleaded guilty last year.

In a document submitted to a Manhattan federal court late on Tuesday in an effort to seek a lenient sentence, Bagley’s attorneys said an intermediary – whose name was redacted in the filing – told Bagley the money he received was to pay lawyers who were assisting Saab with his cooperation.

The meetings had begun by 2017, according to the filing.

Saab was detained in Cape Verde last year on a U.S. warrant and was extradited in October. His case, which pits Washington against Maduro’s socialist government, has drawn attention because Saab has emerged in recent years as a key broker in helping Caracas bypass U.S. sanctions to import goods.

David Rivkin, an attorney for Saab, said in a statement that Bagley had never worked for his client.

“Any claims [Saab] has cooperated with the U.S. authorities against the interests of Venezuela are totally false,” Rivkin said. “At all times, Alex Saab has been a loyal citizen of Venezuela and has conducted all of his activities with the full knowledge and blessing of the government of Venezuela.”

Venezuela’s information ministry did not immediately respond to a request for comment.

Another Saab attorney, Henry Bell, had previously said Saab will plead not guilty https://www.reuters.com/world/americas/venezuela-envoy-saab-plead-not-guilty-money-laundering-lawyer-2021-10-28 to the U.S. charges.

Bagley’s assertion that Saab previously met with law enforcement could spur hopes among Venezuela’s opposition that he will cooperate with U.S. prosecutors, who have accused Maduro and other Venezuelan officials of drug trafficking.

Bagley’s lawyers wrote that the unnamed intermediary between the two men “told Dr. Bagley that federal law enforcement authorities wanted Alex Saab to provide intelligence with regard to the Venezuelan government, and the meetings had already begun.”

The statement came in a request filed late on Tuesday by attorneys for Bagley, 75, requesting he be sentenced to time served due to his age and ill health. That document was deleted on Wednesday due to instructions by U.S. District Judge Jed Rakoff, and a new version with the references to Saab’s meetings with U.S. officials redacted was later filed.

A representative for Rakoff declined to comment on why the document was deleted.

Saab may have met with U.S. authorities to avoid criminal charges or explore the possibility of cooperation in exchange for leniency, said Barbara Llanes, a former federal prosecutor and partner at the Gelber Schachter & Greenberg law firm in Miami.

Erick Cruz, a Miami defense attorney, said Saab’s statements in any prior meetings with law enforcement would likely not be admissible in his own potential trial.

(Reporting by Luc Cohen in New York and Alexandra Ulmer in San Francisco; Additional reporting by Vivian Sequera in CaracasEditing by Angus MacSwan and Matthew Lewis) 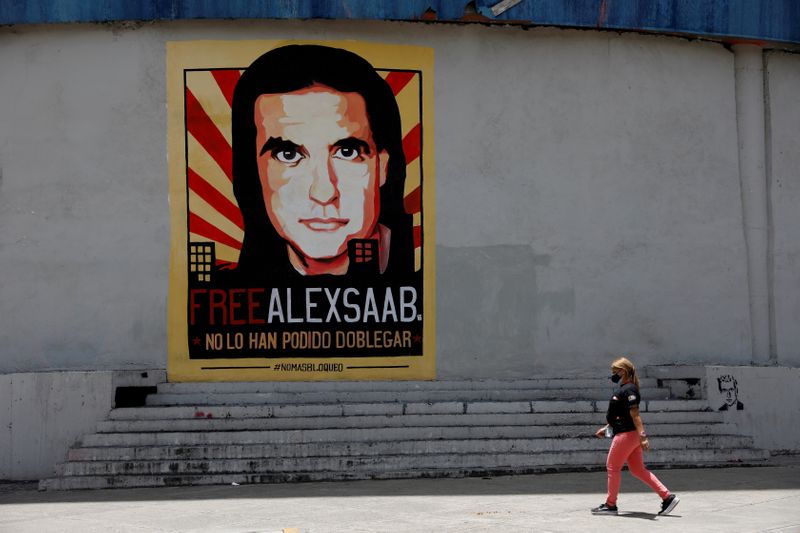