BIALYSTOK, Poland – Syrian migrant Youssef Atallah feared he would die in the forest on the Polish border after being left without food or water in freezing cold, unable to breathe through his nose after it was broken by what he said was an assault by a Belarusian soldier.

Now in the safety of a migrant centre in the eastern Polish city of Bialystok, Atallah said he was one of many migrants trapped on the frontier after being pushed back into Belarus by Polish guards, only to be blocked by Belarusian security forces who had previously helped them cross into Poland.

“We told them we want to go back to (Belarusian capital) Minsk, we don’t want to continue this trip,” he said. “They told us there is no going back to Minsk for you. Just go to Poland.”

An Afghan migrant who declined to be named also told Reuters about his experience of being stuck between Belarus and Poland, unable to turn back with the only option being to try again to cross the border with the aid of Belarusian security services.

“The Belarusian soldiers themselves, they force and help migrants to get across the border,” he said, adding that soldiers had told him this was an order from the state.

The Afghan, who fled his homeland after the Islamist militant Taliban swept to power in August, described how every night the Belarusian military would come and take a group of 30 or 40 migrants from camps and push them to the frontier.

“They have a look at the border and if there is nobody there they give them a bolt-cutter and force them to cut through (Poland’s) razor-wire fence,” he said.

Thaer Rezk, 29, a migrant from Homs in Syria, said Belarusian guards sometimes slashed holes in border fencing themselves to help helped migrant get into Poland or neighbouring Lithuania, and thereby into the European Union.


Despite his ordeal, the Afghan migrant was optimistic about his future having made it to EU soil.

“I feel safer right now. I am sure that I will built a good career here and my son will get a good education – his future will be safe.”

The EU, which has repeatedly sanctioned Belarus for human rights abuses, accuses Minsk of luring migrants from war-torn, deprived countries and sending them as “pawns” to cross into Poland to try to sow violent chaos on the bloc’s eastern flank. 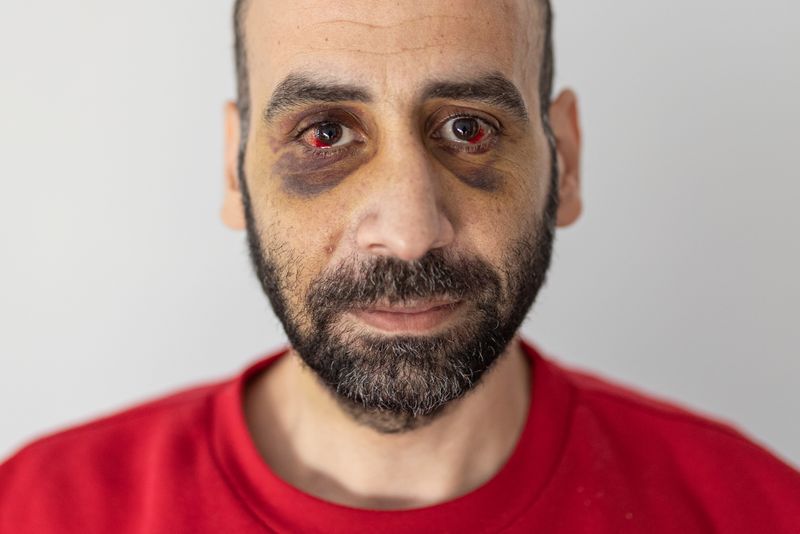