SEOUL – South Korea encouraged its citizens to take COVID-19 booster shots on Wednesday, as more of the elderly fell ill and reported vaccine breakthrough infections, driving serious and critical cases to a record.

Severe coronavirus cases jumped from the mid-300s in October to 460 on Wednesday, official data showed. Of the severely ill patients, more than 82% were aged 60 and older.

Son Young-rae, a senior health ministry official, told a news conference that the increase is not posing a threat to the country’s healthcare system yet, as there are nearly 500 ICU beds available.

He said the speed of the rise in severe cases and the size of total infections, especially among the unvaccinated, are the major points to consider in deciding its future response to the healthcare system.

But it has steadily risen in recent weeks, led by the elderly, as vaccine protection wanes over time and the group’s weaker immune system makes them more vulnerable to infections.

Of the total serious and critical patients with vaccine breakthrough infections in the past eight weeks, 93% were from those aged 60 and above, according to the government data.

The country has inoculated 640,232 people with a booster shot, since the programme began last month, mainly using vaccines from Pfizer/BioNTech and Moderna.

South Korea started a gradual easing of COVID-19 restrictions this month, as it has fully vaccinated nearly 90% of its adult population, or 77% of its 52 million people.

The authorities have said a circuit breaker will be issued when there is a major strain on the number of hospital beds to treat serious cases, but have not revealed the exact threshold. 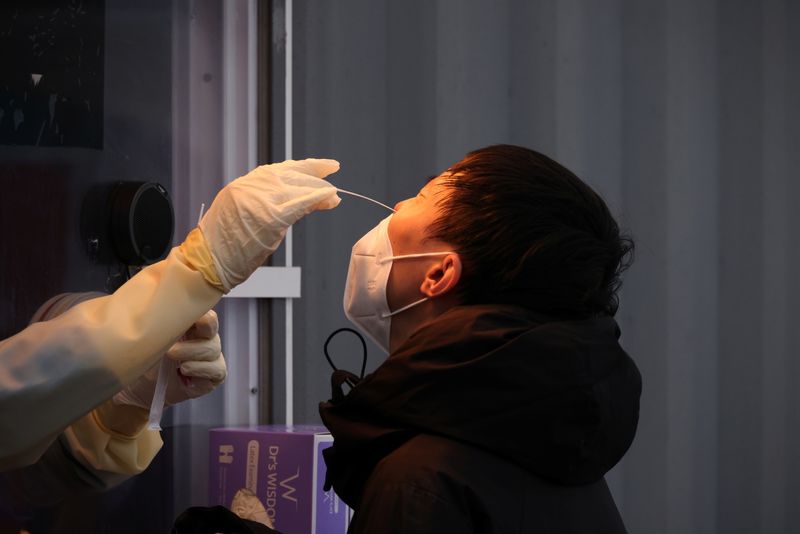