GLASGOW – Automakers, airlines and governments unveiled a raft of pledges at the U.N. climate summit on Wednesday to slash greenhouse gas emissions from global transport, albeit with some conspicuous absences.

U.S. car makers Ford and General Motors and Germany’s Daimler were among a group that committed to phasing out fossil-fuel vehicles by 2040, accelerating a shift towards electric motors from the internal combustion engines that they pioneered over a century ago. The world’s second most populous country, India, joined the pledge.

But in a sign of the challenges of shifting to zero emissions, the world’s top two car makers, Toyota Motor Corp and Volkswagen AG, did not sign up. Nor did China, the United States and Germany, all major vehicle markets.

Volkswagen has committed to having a CO2-neutral fleet globally by 2050.

Toyota has been making petroleum/electric hybrid vehicles for more than two decades, but its plans to roll out pure electric vehicles are more modest than those of Ford or GM.

Martin Kaiser of Greenpeace Germany said the absence of the major economies and producers was “gravely concerning”. The European Union executive proposed to the 27 member states, including Germany, in July that they ban the sale of combustion vehicles from 2035, but the plan has yet to be signed off.

In some places, they could also be more polluting than combustion models. In Poland and Kosovo, for instance, they generate more carbon emissions than petroleum engines because the local grids are so reliant on coal, the dirtiest fossil fuel, according to the consultancy Radiant Energy Group.

Major U.S. airlines, meanwhile, are joining an effort to speed the development and use of so-called sustainable aviation fuels (SAF) to decrease emissions in air transport.

SAF is made from renewable sources such as plants and used cooking oil and can reduce emissions by as much as 80%, but is more expensive than petroleum-based jet fuel, and not available in the large quantities required.

On Tuesday, the United States said it was setting a goal of achieving net-zero greenhouse gas emissions from its aviation sector by 2050, in line with a global pledge to do so by the International Air Transport Association.

IATA’s director general, Willie Walsh, said he expected airlines to beat an interim goal of meeting 5.2% of their needs with sustainable fuel by 2030, provided that energy companies increased their output.

Air travel accounts for nearly 3% of global emissions, a figure that researchers say could grow rapidly as demand for flights increases.

Environmental groups have expressed concern that potential emissions cuts from SAF are overstated, and have been pressing for measures to reduce air travel or develop zero-emissions technology for planes, currently a distant prospect.

Nineteen countries including Britain and the United States, meanwhile, said they had agreed to establish half a dozen “green shipping corridors” with zero emissions by 2050.

The declaration did not specify how that would be achieved, saying only that it would require partnerships between ports and operators to accelerate the decarbonisation of the sector and its fuel supply.

About 90% of the world’s traded goods travel by sea, and shipping also accounts for about 3% of global emissions.

He said the United States was urging the International Maritime Organisation to adopt a goal of zero emissions for all international shipping by 2050. 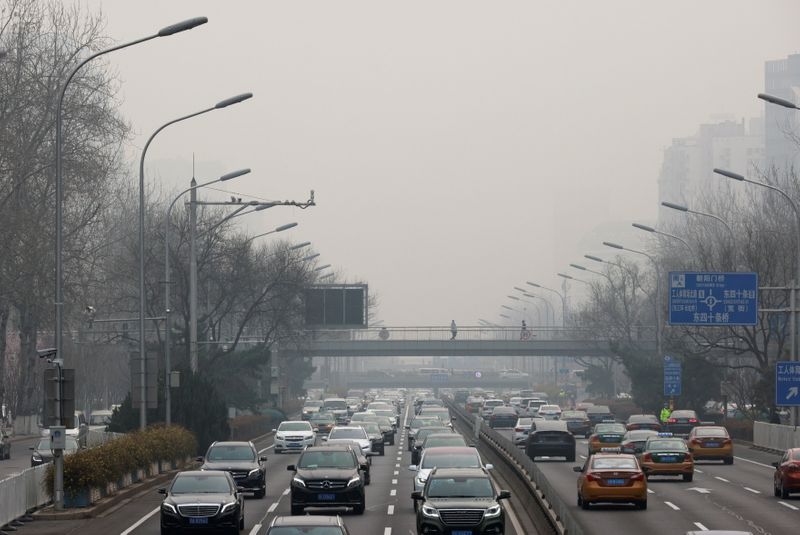