– The U.S. government on Wednesday posted a $165 billion budget deficit for October, 42% lower than the $284 billion shortfall a year earlier as personal and corporate income tax receipts surged on the back of the rebounding economy.

The October deficit was $14 billion below the median estimate among economists polled by Reuters of $179 billion.

Receipts for the first month of the federal government’s fiscal year totaled $284 billion, up 19% and a record for the month of October. Individual tax receipts rose 18% to $214 billion, and corporate taxes rose 39% to $21 billion.

A Treasury official said the increases stem from the improvement in the economy after last year’s widespread shutdowns from the COVID-19 pandemic, which triggered a short but sharp recession. Rebounding employment is driving the increased individual taxes, while improved corporate earnings are fueling the rise in business tax receipts.

Spending also slowed notably from a year earlier, with total outlays of $449 billion, down 14% from October 2020’s $522 billion. Lower Medicare outlays, which tumbled by $56 billion, or 44%, were the biggest driver, while the end of enhanced federal unemployment benefits in September was behind a 91% drop in Labor Department spending. 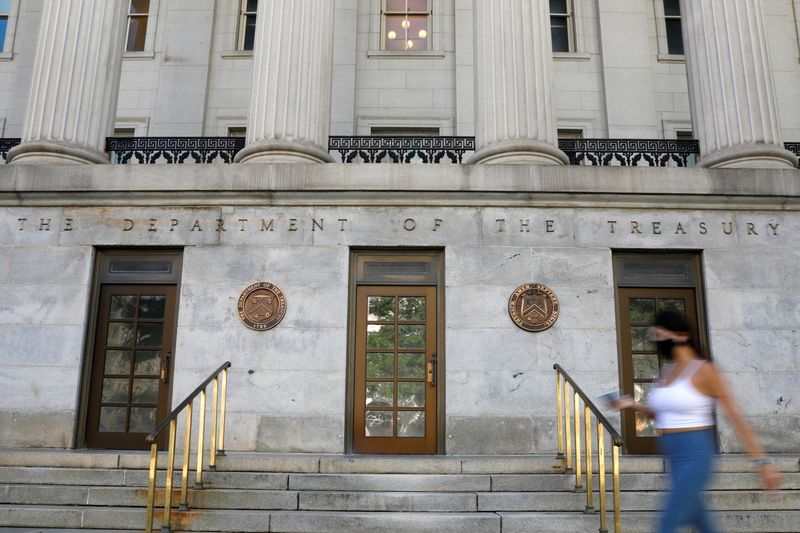