WASHINGTON -The Biden administration is getting traction with China in talks over Beijing’s compliance with a Trump-era trade deal, U.S. Trade Representative Katherine Tai said on Wednesday, but she declined to predict an outcome while discussions continue.

Tai told reporters in Washington the administration aims to hold China accountable to the two-year “Phase 1” trade deal signed in January 2020 and is exploring all weaknesses in China’s performance, including its lack of purchases of commercial aircraft.

She said the talks with Beijing on the Phase 1 deal are being twinned with discussions on larger issues, including China’s “extremely robust” state-driven industrial policies that are making it difficult for U.S. companies to compete.

“I think that we consider this Phase 1 engagement to be the first step,” Tai said. “And it’s not in my interest for this first step to take a very, very long time.”

China is running far behind in its promises in the deal to boost purchases of U.S. goods by $200 billion during 2020 and 2021, compared to 2017 levels, reaching only 60% of the target through Sept. 30 https://www.piie.com/research/piie-charts/us-china-phase-one-tracker-chinas-purchases-us-goods, according to data compiled by trade economist Chad Bown of the Peterson Institute for International Economics.

Asked if she was pushing in the talks for China to take steps to allow for purchases of Boeing commercial aircraft – a purchase category identified in the Phase 1 agreement https://ustr.gov/sites/default/files/files/agreements/phase%20one%20agreement/Economic_And_Trade_Agreement_Between_The_United_States_And_China_Text.pdf – Tai said: “If you’re looking at where the weaknesses might be, in terms of Phase 1, you should expect that we are talking through it and exploring all of it.”

U.S. President Joe Biden and Chinese President Xi Jinping have a virtual meeting scheduled as early as next week amid rising tension between the world’s two largest economies.

Tai said the meeting would be helpful and their understanding of each other would benefit a complex relationship. But she said the leaders’ engagement was not necessary to facilitate the trade discussions.

“I don’t want any of you in this room thinking that we are not getting traction with our Chinese counterparts,” Tai said. “We’re talking and we’re working. So we don’t need, you know, Dads to come in,” she added, referring to Biden and Xi. 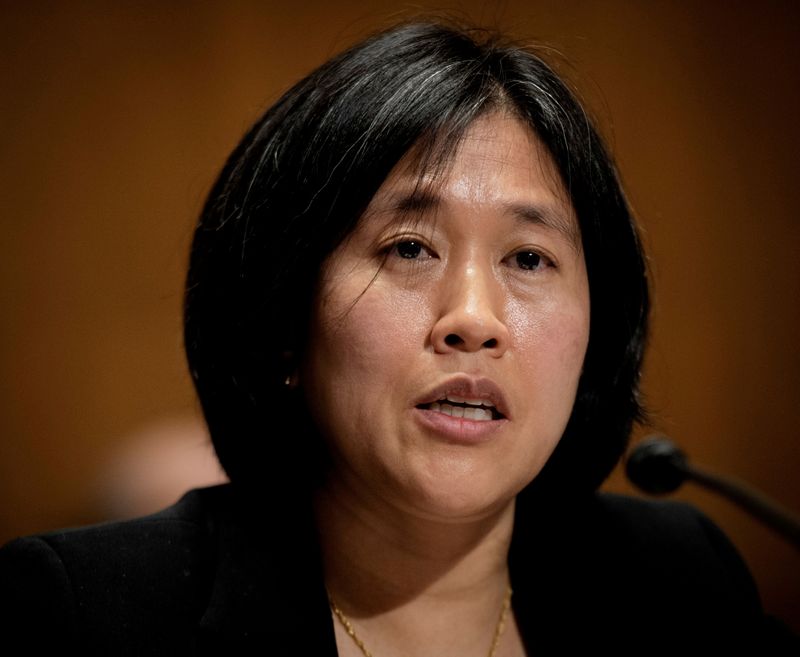