RENTON, Washington – Ten-year-old Mansoor only narrowly escaped Afghanistan as it fell to the Taliban in August, and while he is now living safely in Washington state with relatives, he asks them every day if he can return.

In the chaos around the withdrawal of U.S. troops and the evacuation of more than 70,000 Afghans to the United States, Mansoor was separated from his parents and siblings.

Mansoor was carrying his relative Shogofa’s toddler, as they entered the airport in Kabul. At that moment, shots rang out and the military closed the gates in between Mansoor and his parents. After three days in the airport, he boarded a plane with Shogofa, who hoped the rest of the family would make it out on a later flight.

Shogofa ended up on a U.S. military base in New Jersey with her own two young children, Mansoor, and other relatives. After several weeks, they joined her sister, Nilofar, who lives in the Seattle area. Mansoor’s parents are currently in hiding in Afghanistan because of his father’s former position in the Afghan government.

Now, Mansoor mostly sits by himself and rarely plays with the other children, Nilofar said. The family requested only their first names be published to protect Mansoor’s parents and other relatives still in Afghanistan.

Mansoor is among approximately 1,300 children evacuated to the United States from Afghanistan without their parents or legal guardians, according to the U.S. Department of Health and Human Services (HHS), which oversees the care of unaccompanied minors. The figure has not been previously reported.

Many of the Afghan minors were unintentionally separated from their parents in Kabul, advocates said.

The complicated situations of the minors, coupled with language barriers and lack of culturally appropriate foster families for those who don’t have sponsors in the United States, is creating a tangled knot of problems for the U.S. government. Primary among them: no clear mechanism for reuniting children who are now in the United States with parents still stuck abroad.

The administration of President Joe Biden is working on ways to expedite the entry of parents whose children are already in the United States, according to two U.S. officials who requested anonymity.

Without a fast track, parents abroad will likely be stuck in a long backlog of Afghans who are applying for U.S. entry on humanitarian grounds.

Most of the children and adult evacuees have been allowed temporarily into the United States, protecting them from deportation but not giving them permanent legal status. The children will likely have to find legal help to navigate the complex immigration system.

Since August 2021, the government says it has received more than 26,000 requests for temporary entry from Afghan nationals abroad. Fewer than 100 applications have been conditionally approved since July 1, according to U.S. Citizenship and Immigration Services (USCIS). Afghans have to travel to a third country to even apply because the U.S. embassy in Kabul is closed.

Mansoor’s parents have mostly avoided cell phones for fear of being tracked down by the new Islamist militant rulers, Nilofar said. On Nov. 1, the boy spoke with his parents for the first time since he was separated from them in late August.

“To not know what will happen to them, and then also to not know if and how and when their families might escape, and will their families be okay” is causing huge amounts of stress and trauma for the children, said Jennifer Vanegas, supervising attorney with the Michigan Immigrant Rights Center.

Most of the unaccompanied migrant children in U.S. government shelters – currently more than 11,000 down from peaks of more than 22,000 earlier in the year – are from Central America. Unlike the Afghan children, minors from Central America have often intentionally set out on their own with the aim of reuniting with parents or other family already in the United States.

HHS says its aim is to reunite migrant children with U.S. sponsors as quickly and safely as possible.

More than 1,000 of the unaccompanied children from Afghanistan have been released, the bulk with relatives they were originally traveling with, like Mansoor, according to the HHS.

Typically, unaccompanied migrant children traveling with family members who are not parents or legal guardians are separated and placed in government care. But authorities made an exception to the rule in policy guidance issued on Sept. 4 that said Afghan children could be released to adults with proven “bona fide” relationships who had been screened by U.S. officials.

As of Monday, 266 unaccompanied Afghan children remain in government shelters and long-term foster care arrangements around the country, HHS said.

Among them are dozens of children who have no relatives or family friends in the United States who they can be released to. Their cases have been languishing in the system, said Ashley Huebner with nonprofit National Immigrant Justice Center in Chicago, where many Afghan children are being sheltered.

“I think overall the lack of action here is quite shocking,” she said. Two months since the evacuation, “it should not be this difficult.”

Vanegas in Michigan said there are currently 126 children at the Starr Commonwealth Emergency Intake Site in the state and as of Tuesday, 27 of them had been there longer than 40 days.

Many potential foster families do not speak the children’s native language and are not familiarized with Afghan customs, advocates said.

Afghan American groups have found people in the community willing to take children in, but are hitting snags in a long and complicated state licensing process for foster families. A coalition of groups sent a letter to HHS on Nov. 3, which was seen by Reuters, asking the agency to “expedite and demystify reunification and placement processes, such as foster care, sponsorship, and humanitarian parole,” among other recommendations to minimize the “displacement, uncertainty, loss and grief” the children are facing.

HHS said it is working with shelters to ensure facilities are culturally appropriate and is providing mental health care for traumatized kids. At the same time the agency said it is trying to place children according to the wishes of their parents abroad.

Children such as Sadam Aziz, 15, are dealing with the shock of forced displacement on top of the anguish of not knowing if their parents are safe. Sadam had also expected to travel with his parents, but was separated from them when he went to fetch water during a long wait at Kabul airport. When Sadam came back with the water, his family was gone.

Unable to find them, he approached U.S. soldiers at the airport and asked for help, according to Jamaluddin Rohani, his uncle who lives in Washington state. When they, too, couldn’t find his family, the soldiers told him to board a flight to Qatar, and to look for his parents there, Rohani said.

In Qatar, Sadam, who is slightly built and looks young for his age, was moved to a compound for unaccompanied migrant children.

Rohani said he first heard about his nephew’s whereabouts in a call from the United Nations’ children’s agency UNICEF telling him Sadam was in Qatar on his own. The agency – and Rohani – had no idea where Sadam’s parents were.

Finally Rohani got word that his brother – Sadam’s father – was alive, but hiding in Afghanistan because he had worked with the Afghan government and the U.S. military.

There was nowhere else for Sadam to go except to Rohani, an uncle he hadn’t seen in years.

Sadam was first transferred to the emergency children’s shelter in Michigan where he was quarantined for COVID-19. “He called me and said, ‘I am scared, there is nothing here,'” Rohani said. The government case manager told Rohani that Sadam repeatedly asked when his parents would get there to pick him up.

After several weeks, he was able to join his uncle. Since his arrival, Sadam has been helping around the house and has enrolled in school. But Rohani, who works as a security guard, worries he won’t be able to support his nephew long-term. “For a year, maybe, I can do it, but after that I can’t, because I am low income, and I have a big family,” he said.

Some evacuees who ended up traveling with children who were not their own have said they are not able to care for the children long term. A handful of children who had these relationships break down have ended up in government shelters, according to advocates.

On a recent Saturday, Sadam hung out with his cousins, playing video games and basketball, and watching a neighbor play with a toy remote-controlled car. Rohani said he is doing his best to fit into the rhythm of his new household. 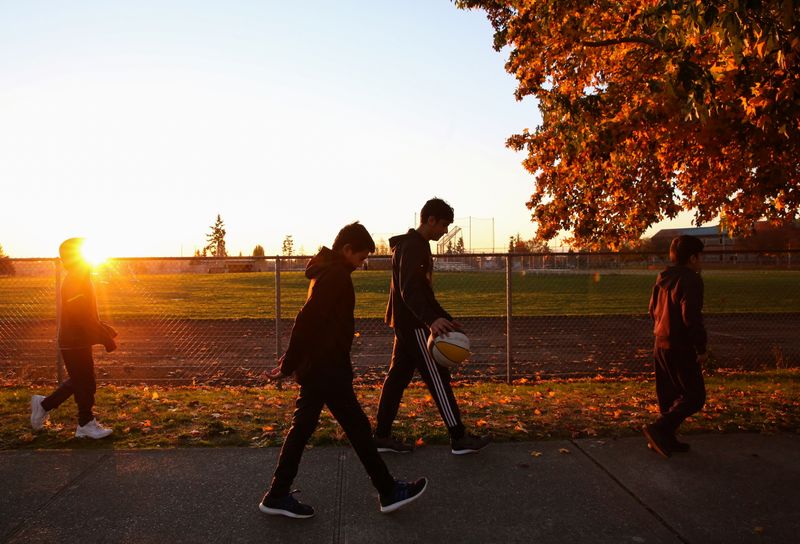 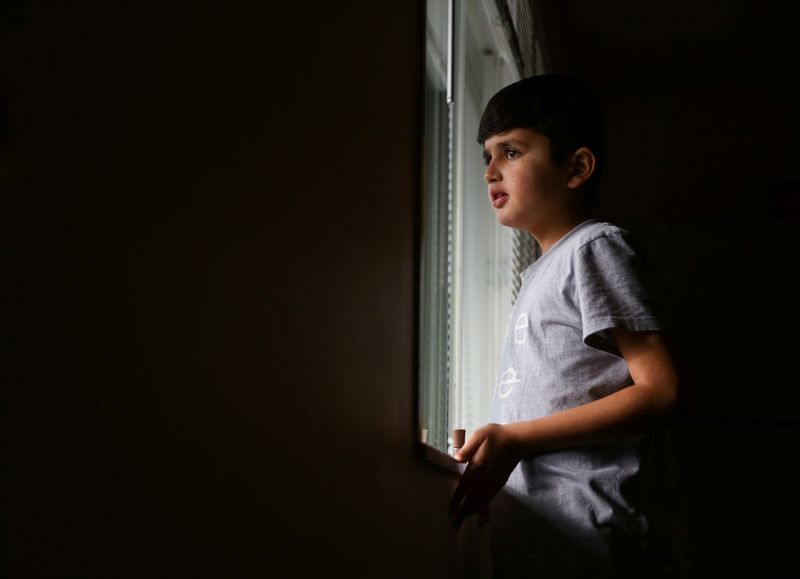 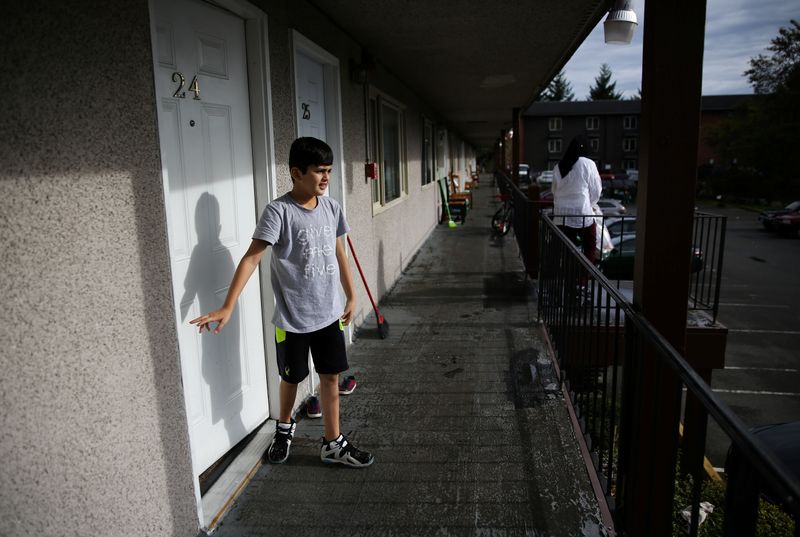 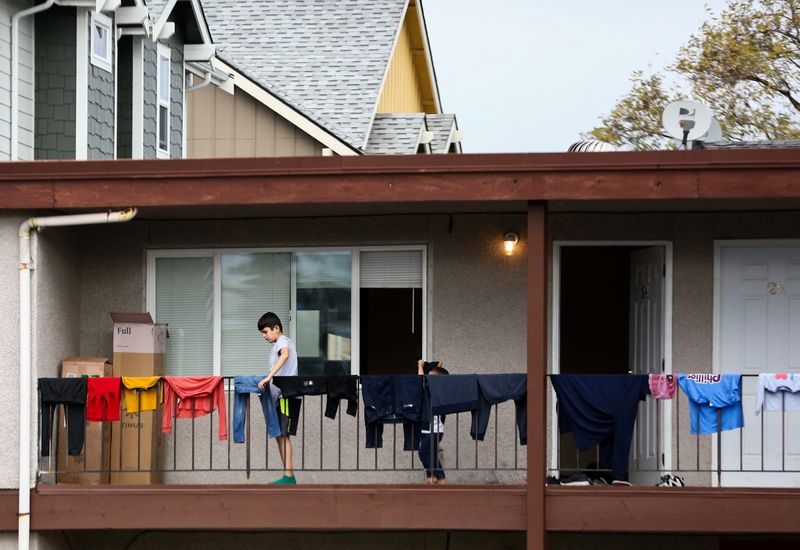 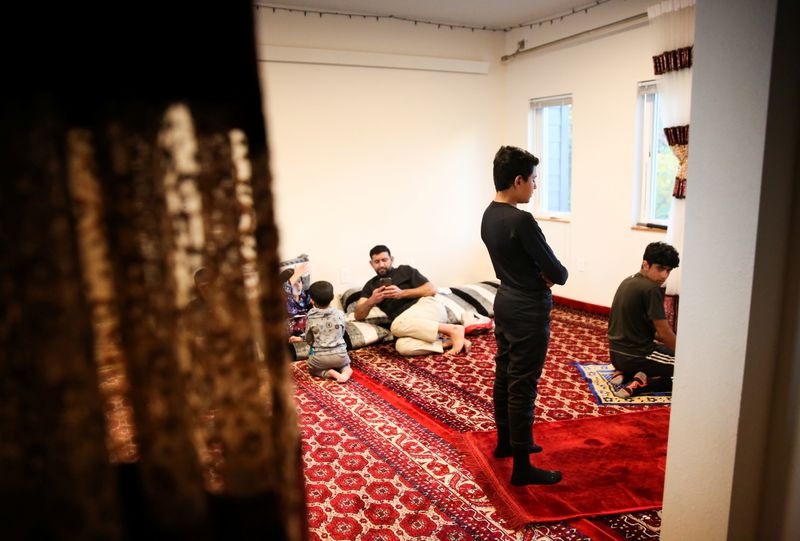 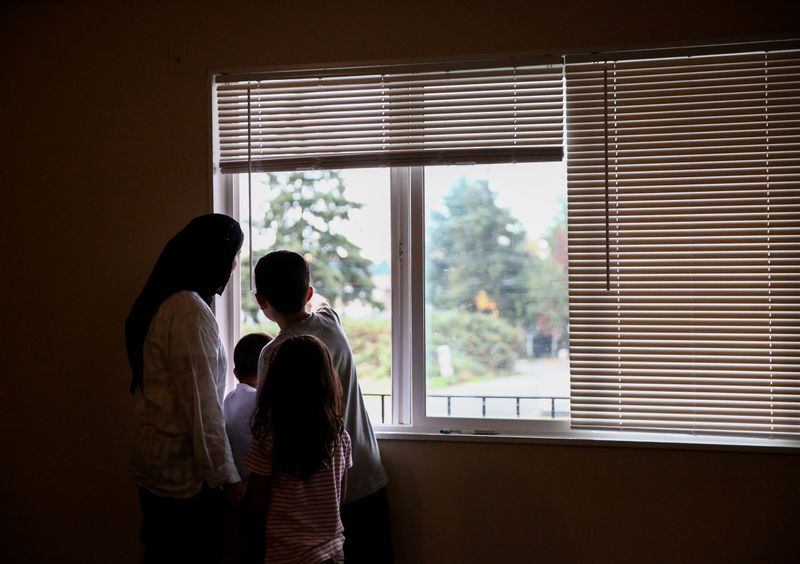 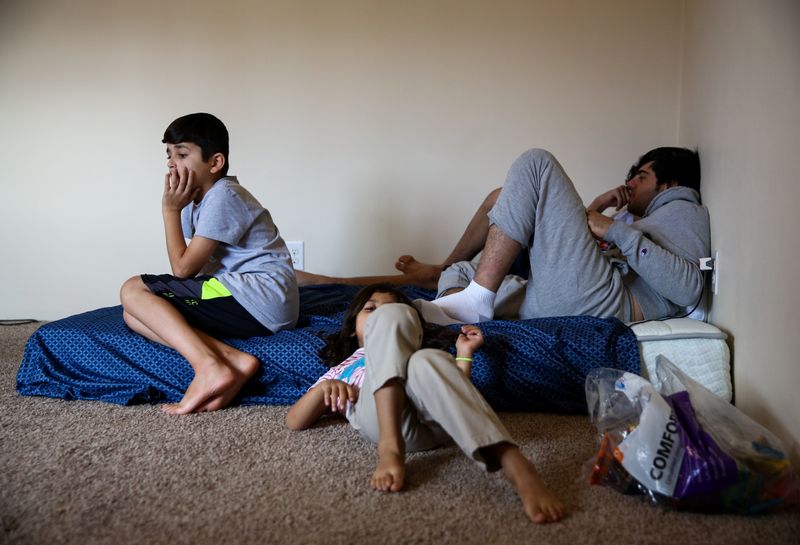 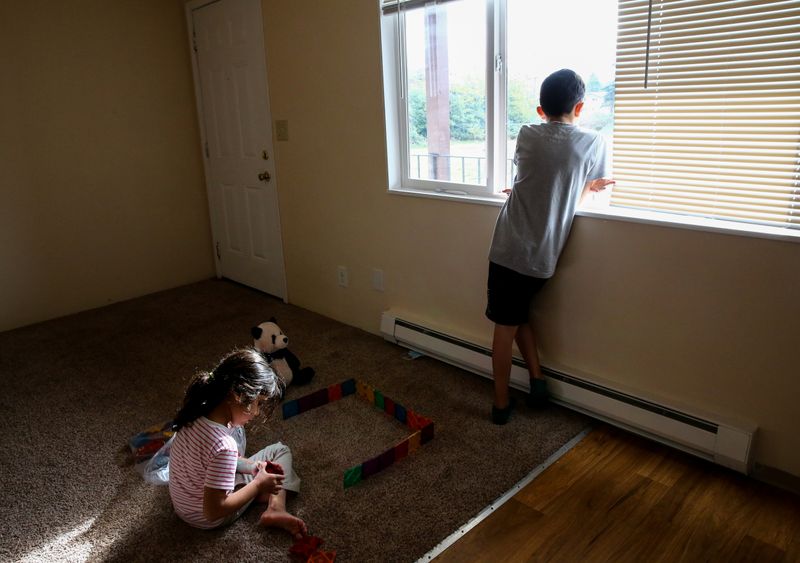 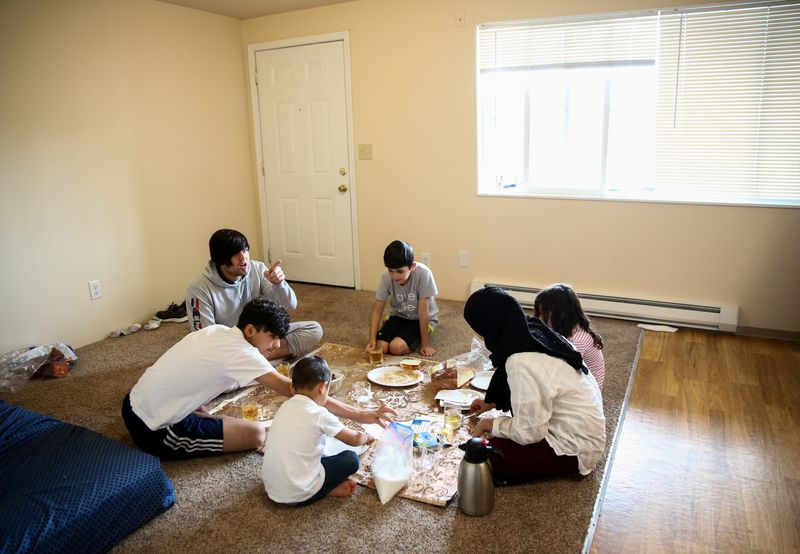