By Anthony Esposito and Dave Graham

MEXICO CITY -The Bank of Mexico raised its benchmark interest rate by 25 basis points for the fourth straight policy meeting on Thursday, taking it to 5.00%, in a 4-to-1 vote by its governing board, as markets looked forward to more hikes down the pike.

The decision was in line with a Reuters poll of analysts and comes as annual inflation accelerated to 6.24% in the year through October, more than double the central bank’s target of 3%, plus or minus one percentage point.

“The shocks that have increased inflation are largely considered to be transitory. Nevertheless, the horizon in which they could affect it is unknown, and they have involved a wide range of products, while being of considerable magnitude,” the central bank said in its policy statement.

This poses greater risks to the price formation process and inflation expectations, said Banxico, as the bank is known.

William Jackson, chief emerging markets economist at Capital Economics, said Banxico would likely continue to hike the benchmark rate in 25 basis points increments, with the bank’s tightening cycle ending with the rate at 6.00%.

“There’s little evidence that Banxico’s board has the appetite to increase the pace of tightening, as other central banks in Latin America have done,” said Jackson.

On growth, Banxico noted preliminary data showed the Mexican economy contracted during the third quarter, but that it should resume its recovery in the fourth quarter.

“An environment of uncertainty persists and slack conditions are anticipated, with significant differences across sectors,” the Mexican central bank said.

At upcoming monetary policy meetings, Banxico said its five-member board would closely assess the behavior of inflationary pressures and all factors that influenced “the foreseen trajectory for inflation and its expectations.”

Banxico forecast average annual inflation of 6.8% for the fourth quarter, above a prior forecast of 6.2%, while the core index, which strips out some volatile items, is seen averaging 5.5% over the same period, versus a prior view of 5.3%. 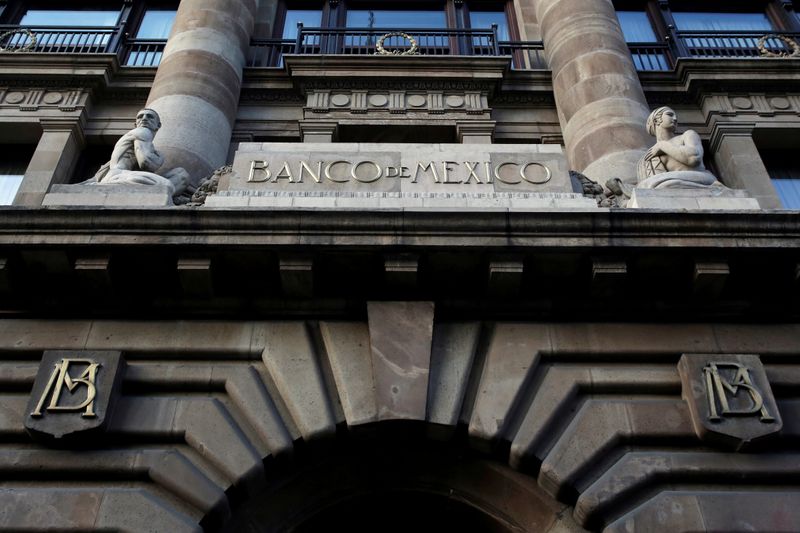