By Siddarth S and Praveen Paramasivam

– Shares of Beyond Meat slumped 19% on Thursday after the faux meat maker signaled slowing demand at restaurants and grocers with a weak sales forecast, raising questions on whether its business is nearing saturation.

Sales of its plant-based meat fell at several fast-food chains in the third quarter, when the country was in the grip of Delta COVID-19 variant and restaurants were cutting hours and trimming menus to battle a labor shortage.

At least seven brokerages cut their price targets on the stock, with several analysts expecting the company to continue facing a slowdown. Beyond Meat on Wednesday forecast current-quarter revenue of $85 million to $110 million, well below estimates of $131.6 million.

“We view the results as further evidence that Beyond’s business is reaching market saturation faster than expected and that the company has deeper problems that won’t be easy to fix,” Credit Suisse analyst Robert Moskow said.

“Consumer interest in Beyond is simply reaching a peak.”

Three years back Beyond Meat’s sales growth and stock were on a tear, as popular fast-food chains, including Tim Hortons and Yum Brands Inc’s KFC, and several retailers tied up with company to sell its products.


That blistering pace of growth, however, has hit a speed bump, with the pandemic and the entry of newer players such as Impossible Foods into the market. Its stock is also down 24% for the year.

“With increased competition over the past two years, we’re seeing, as expected, some impact on our market share,” CEO Ethan Brown said on an earnings call.

He also said customers seemed less likely to try out newer products during the pandemic.

“Given the drop in revenues in Q3, a still-pressured Q4, revenue growth uncertainty in the near-term and into 2022 increases,” Jefferies analyst Rob Dickerson said.

“This was the quarter that likely broke the camel’s back.” 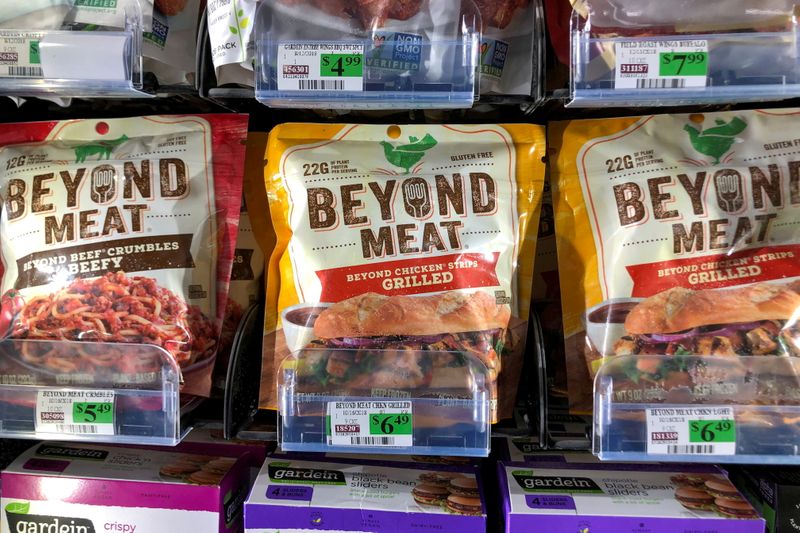