– A Cuban playwright leading the call for protests on Nov. 15 on the communist-run island said on Thursday he will walk alone, in silence and holding a white rose, the day before the planned march to show the non-violent nature of the movement.

After Cuban dissidents, organized under a Facebook group called Archipielago, asked in September for permission to rally, the authorities declared the marches illegal and accused the protesters of working with the United States to overthrow the government.

Yunior Garcia, one of Archipielago’s leaders, has rejected those arguments but said the possibility of violence had nonetheless led him to change his plans.

“We are not willing to have a single drop of blood spilled, on either side of this conflict,” Garcia said in a Facebook post.

“On Sunday, Nov. 14, I will carry out a solitary march, on behalf of all citizens who have been deprived of their right by the regime to demonstrate on 15N [Nov. 15].”

He did not specifically say whether he will also march on Nov. 15.

Garcia’s announcement came hours after Cuba’s foreign minister Bruno Rodriguez convened diplomats in Havana on Wednesday and told them Cuba would not allow the protest. The government has alleged Garcia is seeking confrontation between demonstrators and the security forces.

“We will not allow it,” Rodriguez told the diplomats in comments broadcast on state television. “We will use our laws, our constitution and the strictest adherence to the principles of our socialist state of law and social justice.”

The planned rallies appear to have touched a nerve with the authorities in part because they were scheduled for the same day Cuba, hard hit by the coronavirus pandemic and the U.S. embargo, reopens its borders to international tourists. The country has vaccinated nearly its entire population with a home-made inoculation and says cases of COVID-19, as well as deaths, have fallen sharply.

Several other groups organized under Archipielago’s banner had already begun scaling back or modifying plans for a unified march on Nov. 15. Some have called for supporters to filter onto the street, dressed in white, but to refrain from marching together.

The movement has also called for a “cacerolazo,” or pot banging, a traditional protest method in many parts of Latin America, on Sunday and Monday evenings in a show of solidarity. Others have called on supporters to hang white sheets from balconies or windows.

Garcia called on the Cuban diaspora in cities worldwide to push forward with plans for rallies and said his decision should not impact fellow dissidents on the island.

“May everyone find ingenious and peaceful ways to express themselves without giving rise to violence against them, against anyone,” he said in his Facebook post. 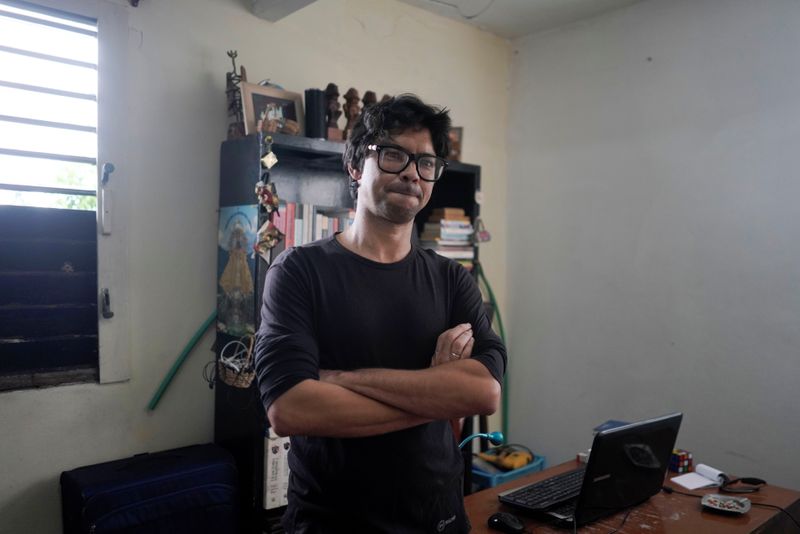