BENGALURU – Euro zone inflation expectations are at risk of continuing to overshoot the European Central Bank’s 2% target next year, according to a Reuters poll of economists who raised their outlook for consumer prices for a fifth consecutive month.

While inflation rose above 4% last month, more than twice the ECB’s target, the Bank – unlike most other central banks – has pushed back on calls for tighter policy, calling the rise in inflation transitory and arguing it would subside next year.

But pandemic-led supply chain disruptions and rising oil prices challenge those views. Surging house prices https://www.reuters.com/article/ecb-policy-idUSKBN2HU22B are putting further pressure on the ECB, which has undershot its inflation target for nearly a decade, to act.

“The inflation story is getting more difficult to navigate for the ECB,” said Peter Vanden Houte, chief economist at ING.

“Even though we don’t believe oil and natural gas prices will continue to increase at the same pace in 2022 – we are actually forecasting a decline – the upward inflation impact might last a bit longer. The same holds true for goods price inflation, which has been pushed upwards by high commodity prices and shortages.”

Euro zone inflation was forecast to average 2.2% next year after rising to 2.4% this year versus 1.8% and 2.3% predicted in October. Those forecasts are higher than the ECB’s projections of 2.2% and 1.7%, respectively.

On a quarterly basis, inflation was predicted to average 4.1% and 3.1% this quarter and next. It was forecast at 3.5% and 2.5% in last month’s poll. Inflation in October https://www.reuters.com/world/europe/euro-zone-inflation-equals-all-time-high-growth-accelerates-2021-10-29 was 4.1%, matching the all-time high set in July 2008.

Although a higher base from this year led economists to expect a slower increase in prices in 2022, inflation was still expected to remain above the ECB’s target.

The ECB is forecast to keep its key interest rates on hold through to end-2023 at least, with the deposit rate at -0.50% and its refinancing rate at zero.

A smaller sample of economists in the Nov. 8-11 poll willing to look beyond end-2023 showed a deposit rate hike to -0.25% the following year.

But a like-for-like analysis showed fewer analysts now expect a hike in 2024 compared to the October poll. Only two forecast a rate hike next year.

“Despite the pushback from the ECB, markets continue to think the central bank is behind the curve, but we agree with the central bank’s assessment and do not expect a rate hike next year,” said Angel Talavera, head of Europe economics at Oxford Economics.

Euro zone GDP will reach its pre-COVID-19 level this quarter, according to over 85% of respondents, 27 of 31, who answered an extra question. The bloc’s growth outlook remained steady and largely unchanged from October.

Thirteen of 22 respondents said if the ECB approves an APP increase, there would be an envelope covering a longer period. The others said it would be a set monthly volume.

“With other major central banks raising rates in 2022 – and thereby leading to potentially ‘unwarranted’ tighter conditions for the euro area too via spillover effects – we think the ECB will prefer to reserve capacity to buy more, if needed and flexibly over time in 2022,” said George Buckley, chief UK and euro area economist at Nomura. 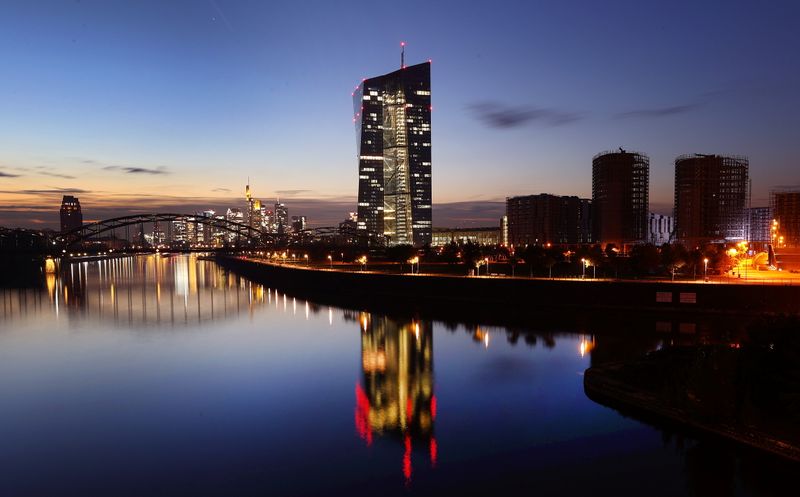