SYDNEY – As closed borders intensify a skills shortage, demand for Australian mergers and acquisitions lawyers is so high that firms are offering sign-on bonuses for the first time in 15 years and have nearly doubled recruiting fees.

Firms are also reviewing salaries twice a year and have raised base pay by up to 15% as they try to avoid losing workers amid record-high demand for the industry’s services, people in the hiring process said.

“I had sign-on bonuses for nearly every deal in 2007 and this is very much like that, and actually probably more is required in this market to compete for those candidates,” said Belinda Fisher, a legal industry recruiter who has raised her fee from 18% to 30% of a placed lawyer’s salary.

The measures reflect a sense of desperation among Australian employers as a sharp increase in demand for some services – from M&A law to data analytics to hospitality – runs headlong into a workforce thinned out by two years of closed borders.

Demand for skilled technology workers, for instance, has soared as pandemic-related movement restrictions jolted the world into conducting business online. But the shortage has been especially pronounced in Australia, where immigration remains on hold.

Job ads are 54% above pre-pandemic levels, but the number of job applications is down about the same amount, according to jobs website SEEK, just as Australia’s economy reconfigures itself to cope with supply chain blockages and a requirement to automate many aspects of trade.

People in fields seen as essential to the changed conditions – data management, business intelligence, cybersecurity, talent acquisition – can expect salary increases of up to 20% thanks to demand, according to recruiter Robert Half.

“We’re finding ourselves talking to our clients about how they can retain staff because in many ways the cost of replacement is more,” said Andrew Brushfield, Robert Half’s Australia director. “If employers don’t have their back yard sorted, employees are leaving.”


Increasing pay is the main way to attract and keep staff, but flexibility in working at home was a close second, he added.

Wild Tech, a Sydney operator of cloud-based business software, is offering a A$10,000 sign-on bonus for the first time because of the “tight labour conditions we’re experiencing”, said managing director Grant Wild. “I haven’t seen (sign-on bonuses) used this way, having worked 25 years in the technology space.”

Though Australia opened its borders this month to vaccinated citizens, recruiters say the difficulty of finding and keeping personnel may worsen in 2022 as workers shake off some of the world’s longest COVID-19 lockdowns and look abroad.

About 2 million of Australia’s 25 million population postponed applying for or renewing a passport since early 2020, but the number of applicants is now doubling every two months, a Department of Foreign Affairs and Trade spokesperson said.

“Without question we’re going to see a brain drain to major markets around the world as some of the younger people in an earlier stage of careers really do try and soak up some of that pent-up demand,” said Jason Johnson, a recruiter for white-collar jobs.

Johnson added that one fifth of the executives on his books have in recent months said they would consider positions abroad instead of staying home.

Hospitality companies in Britain, the most popular destination for Australians working abroad, are battling their own labour shortage caused by the country’s exit from the European Union. Many are offering flights, accommodation and even European tours for Australians willing to move, said Nick Hare, founder of UK Pub Co, which arranges industry jobs for Australians in Britain.

“The rush for the exit is certainly there,” he said. 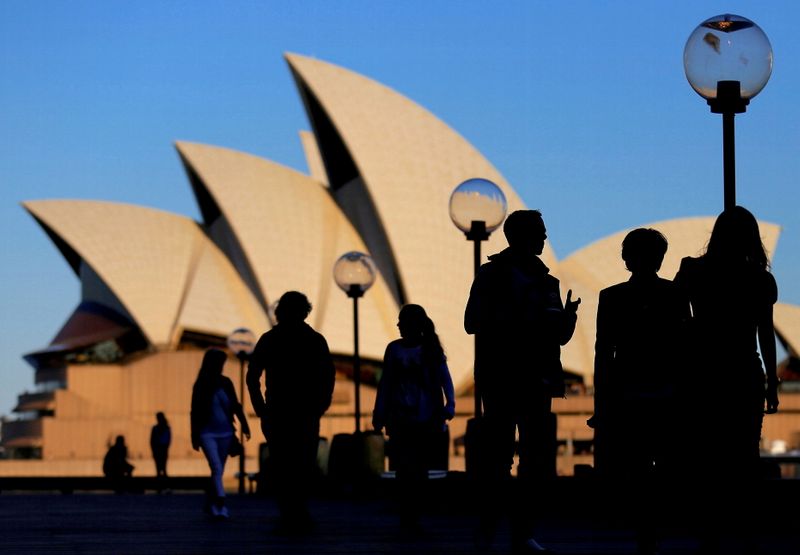