By David Shepardson and Ben Klayman

WASHINGTON/DETROIT -An independent court-appointed monitor, named to oversee the United Auto Workers union after a federal corruption probe, said on Thursday the union has “fallen short” in its reform efforts and disclosed he has 15 open investigations.

Neil Barofsky, a former federal prosecutor, said in his first report the UAW must “take more affirmative measures to fully eradicate the strong remnants of the ‘toxic’ culture that characterized its recent past and still remain present today.”

The union agreed to the oversight as part of a settlement with federal prosecutors in December. In total, 16 people have been convicted in the wide-ranging union corruption probe.

Barofsky said the UAW has not done “enough to respond to repeated warnings about the pressing need to transform its culture.” He added he “currently has 15 open investigations.”

The UAW represents about 400,000 U.S. workers, including workers at Detroit’s Big Three automakers and in other fields. At its peak in 1979, the union had a membership of some 1.5 million.


Barofsky did not provide details on the open investigations. Under the Justice Department consent decree, he has authority to exercise disciplinary powers within the UAW, investigate possible fraud or corruption within the union and seek discipline against UAW officers and members.

The monitor can investigate, audit and review all aspects of the UAW other than collective bargaining agreements.

Barofsky added that his findings “should not take away from the meaningful changes that have occurred since the government started putting former UAW officials in prison.”

The UAW did not comment Thursday, but in an email President Ray Curry said to members: “We continue to be committed to transparency and the substantive and ongoing Ethics Reforms package that has been instituted over the past two years.”

“The UAW continues to work cooperatively and effectively with the monitor on the implementation and development of even more checks and balances for our union” and “there are always growing pains and adjustments to new policies,” he said.

The report’s release comes ahead of a visit next week by President Joe Biden of a GM plant that is staffed by UAW members. Biden has worked to establish a strong relationship with the union and backed tax incentives for union-made vehicles

This week, U.S. prosecutors in Detroit charged the financial secretary-treasurer of UAW Local 412 with embezzling over $2 million in union funds.


Barofsky’s oversight of the UAW, which began in May, is scheduled to last six years, with a potential early termination or extension depending on the circumstances.

Barofsky also disclosed that he closed an investigation into allegations Curry in 2017 accepted use of football tickets the UAW had obtained in a vendor contract. Barofsky determined not to bring charges and instead referred the matter to the union’s ethics officer.

Curry said in the email he had voluntarily repaid the value of the tickets. “Despite this ruling, I am personally pained that any question whatsoever was raised as a result of any action on my part,” he added. 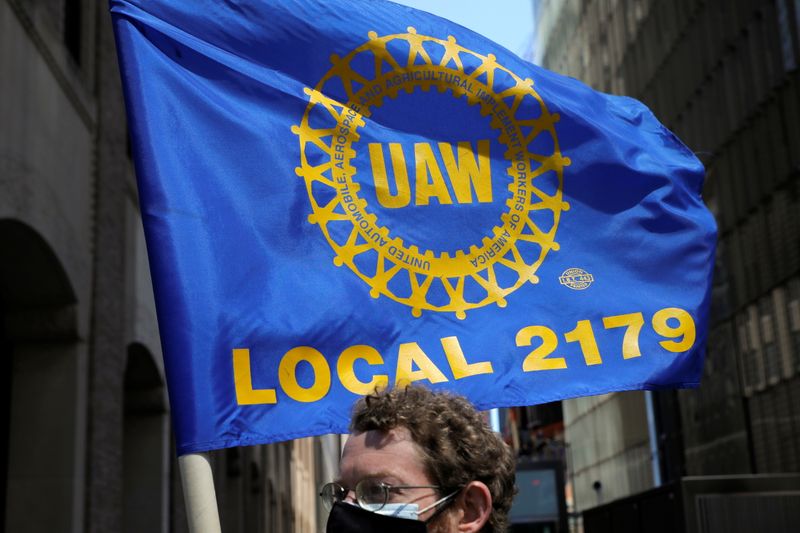