TOKYO – Japan’s economy likely contracted in the third quarter as curbs to stop a coronavirus resurgence and supply bottlenecks hurt consumption and output, a Reuters poll of economists showed on Thursday.

The forecast was in sharp contrast to the previous month’s poll that projected an expansion in the quarter, underscoring the heavy toll parts and chip shortages have taken on Japan’s manufacturers.

But growth was expected to rebound in the current quarter as consumption gets a boost from the Sept. 30 lifting of pandemic curbs, and auto output recovers from disruptions caused by factory shutdowns in Asia, the poll showed.

The world’s third-largest economy shrank an annualised 0.8% in the third quarter, a reversal from a 0.8% expansion projected last month, according to the median forecast of over 30 analysts.

The economy last saw a contraction in the first quarter, when it shrank an annualised 4.2%.

“Consumption is likely to have fallen, and car output, which has a huge impact, declined in July-September,” said Naoki Murakami, senior economist at Asset Management One.

Preliminary third-quarter GDP data is due to be released by the government on Nov. 15.

The economy is projected to post a strong 5.1% rebound this quarter as consumer activity recovers after COVID-19 cases and deaths fell rapidly, thanks to surging vaccinations that now cover more than 70% of the population.

Analysts expect fourth quarter growth will also be helped by an easing of parts supply disruptions across Asia – a key fix for the car industry – though drag from the global semiconductor chip shortage was likely to pose a risk.

“The amount of people in the street shows consumption will recover in October and November. Travel and hotel reservations are also increasing,” said Atsushi Takeda, chief economist at Itochu Economic Research Institute.

“Growth will likely turn positive in October-December, while the impact of the economic stimulus package of Prime Minister Fumio Kishida’s government should be seen after going into next year.”

The fourth-quarter forecast was better than last month’s projection of 4.5% growth, the Nov. 1-10 poll showed.

Nearly 90% of economists polled thought the yen’s recent weakness against its major peers has been mostly beneficial for the economy, despite rises in raw material and energy prices globally.

The yen hit a near four-year low against the U.S. dollar and a more than five-year low versus the British pound last month.

Overall, the yen’s depreciation is not expected to immediately hurt Japan’s economy, although it could weaken the country’s relative purchasing power globally over the long-term, said Hiroshi Ugai, chief Japan economist at JPMorgan Securities.

The yen’s depreciation stimulates the economy for now, Ugai said, but coupled with rising energy costs, it could hit smaller firms and households, though that cost is likely manageable.

Asked what yen level versus the U.S. dollar would hurt the economy, eight economist said the damage would exceed the merits when the yen falls below 130 to the dollar. Five chose a range of 125-130 yen to the dollar, while eight picked 120-125 yen. 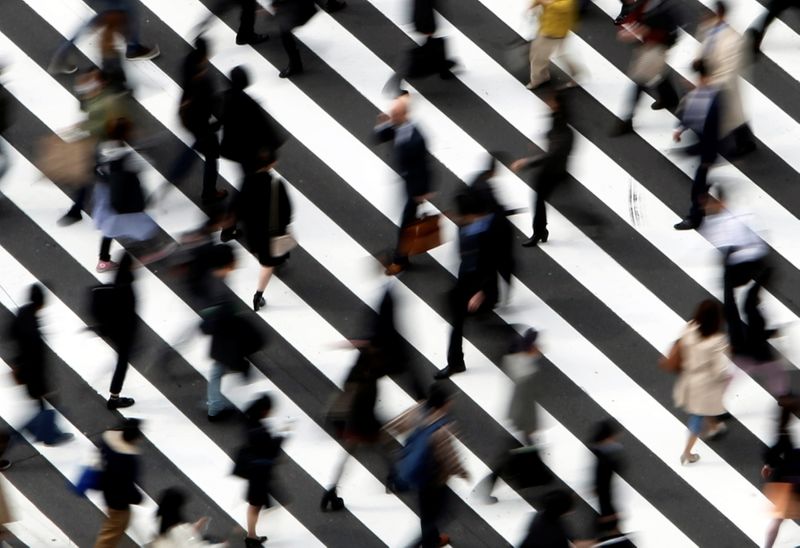