FRANKFURT – European governments should be allowed to spend more when inflation is below the European Central Bank’s 2% inflation goal and vice versa, the ECB’s chief economist Philip Lane said on Friday.

European Union governments are debating how to reform the EU’s fiscal rules to deal with a pandemic-induced surge in public debt and with the huge investment needed to fight climate change.

Lane backed proposals to give governments more time to reduce their debt piles and said the new fiscal rules should also reflect the ECB’s 2% inflation goal, which had proven elusive for a decade before a sudden spike this autumn.

Euro zone inflation hit 4.1% in October and economists see it above the ECB’s target next year as well, as higher energy costs and supply disruptions feed into wage and price expectations.

Lane, who has insisted the current shock is temporary, said the EU’s fiscal rules could be designed so that they differentiate between inflation shocks driven by supply or by demand, albeit “at the price of extra complexity”.

He added that simulations by ECB staff suggest that the speed of governments’ debt reduction could be lowered to 3% per year, from 5% currently and averaged out over 10 years rather than three.

“Concretely, adjustment requirements could be calibrated to ensure compliance with the debt adjustment path over a ten-year forward-looking horizon,” Lane said.

The reform of the EU’s Stability and Growth Pact is still up in the air and in the bloc’s biggest member, Germany, parties negotiating to form a new government are at odds on the matter. 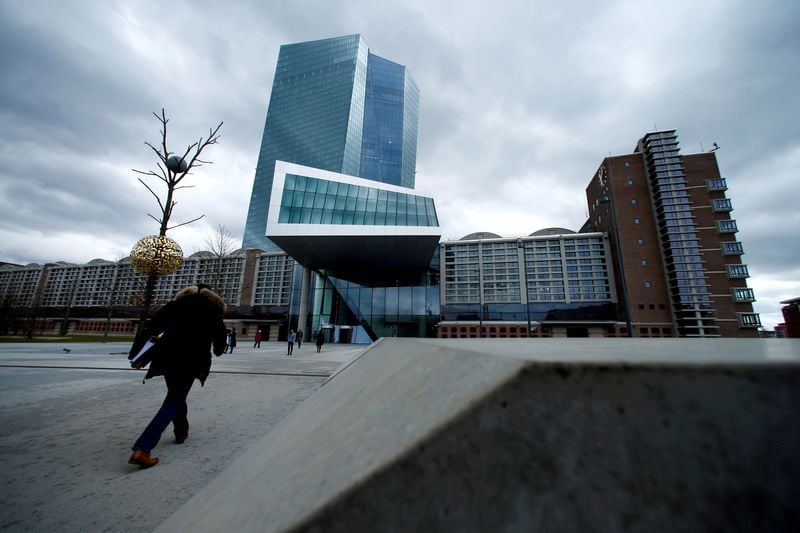