FRANKFURT -Deutsche Bank announced on Friday that its former chief executive and chairman Hilmar Kopper has died at the age of 86.

His death followed a brief severe illness, the bank said.

Kopper oversaw the nation’s top lender during a period of rapid global expansion. He assumed the helm as CEO following the assassination of Alfred Herrhausen in 1989, serving until 1997. He was chairman from 1997 until 2002.

“Deutsche Bank has lost one of its most defining personalities,” Chairman Paul Achleitner said.

Deutsche Bank, founded in 1870, went on a global shopping spree during Kopper’s reign, buying Britain’s Morgan Grenfell in a deal that closed in 1990 and Bankers Trust of the U.S. in 1998.

He also oversaw the bank’s move into the twin towers that accommodate 2,000 staff and dominate the skyline of Frankfurt, Germany’s financial capital.

More recently, after years of losses and big fines for money laundering and its role in the U.S. mortgage crisis, Deutsche Bank has made cuts to return to profitability. It exited some businesses and trimmed its investment bank.

But Deutsche still has more than 84,000 employees and 1,805 branches worldwide, from New York to London, Hong Kong and Sydney. 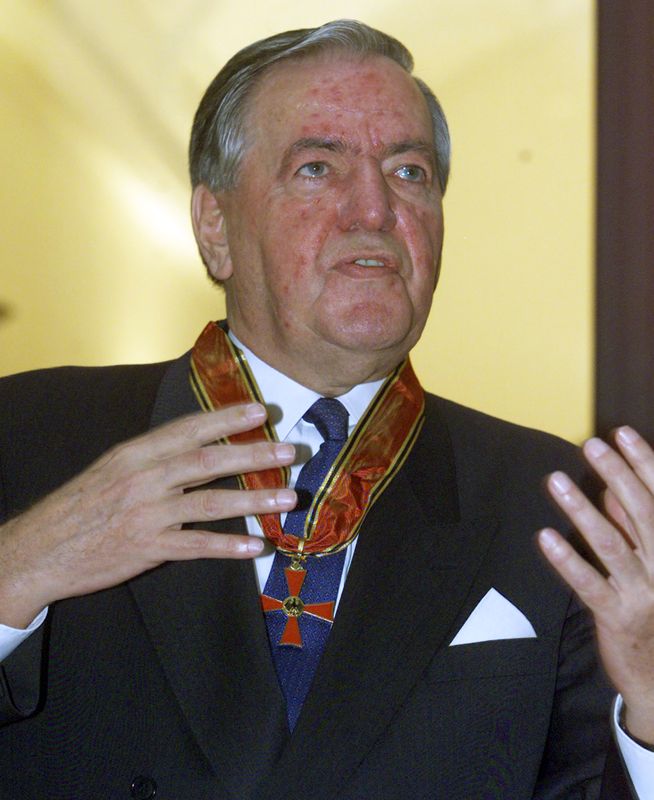