By Michael Erman and Manas Mishra

– Johnson & Johnson plans to spin off its consumer health division that sells Listerine and Baby Powder to focus on pharmaceuticals and medical devices in the biggest shake-up in the U.S. company’s 135-year history.

The move by the world’s largest health products company follows similar announcements by conglomerates Toshiba General Electric, as well as J&J rivals, and underscores how big, diversified corporations are under pressure to simplify their structures to increase focus.

This has particularly been the case in healthcare, where the slow-and-steady business of selling products such as shampoos and moisturizers has increasingly diverged from the high-risk, high-reward work of developing and marketing blockbuster drugs.

“That, quite frankly, was getting lost within Johnson & Johnson,” Wolk said. “Similarly, I think – in terms of pharmaceuticals and medical devices – that prevented the spotlight from being shone on those businesses.”

The company said it was aiming to complete the separation in 18 to 24 months at a cost of $500 million to $1 billion. J&J shares, part of the Dow Jones Industrial Average, were up 1.5%. The pharmaceutical and medical devices unit will retain the J&J name and the company expects a tax-free spinoff.

Some analysts argued for investor caution.

“Historically, when the market becomes fully valued, we see a great number of spins being announced as companies look for alternate ways of creating more shareholder value,” said Jim Osman, founder of research firm Edge Consulting Group. “It’s something worth noting for the investor.”

Johnson & Johnson’s Band-Aids baby shampoo and cough remedies have long been the face of the company.

But its pharmaceutical and medical equipment business, which makes cancer treatments, vaccines and surgical tools, is on track for nearly $80 billion in sales this year, far ahead of the $15 billion its consumer products are expected to bring in.

“The firm’s timing is surprising, as we don’t see any major catalyst for the move. However, if the consumer division no longer holds the deep pockets of the combined company, the risk of future consumer product litigation – such as the large talc settlement – may decrease,” Morningstar analyst Damien Conover said in a research note.

In October, it created a separate subsidiary to hold the talc liabilities, which then filed for bankruptcy protection.

J&J on Friday said its breakup decision had nothing to do with the talc litigation or the bankruptcy maneuver.

A 2018 Reuters investigation found J&J knew for decades that asbestos, a known carcinogen, lurked in its Baby Powder and other cosmetic talc products.

The company stopped selling Baby Powder in the United States and Canada in May 2020, in part due to what it called “misinformation” and “unfounded allegations” about the talc-based product. J&J maintains its consumer talc products are safe and confirmed through thousands of tests to be asbestos-free.

The spinoff may allow the remaining J&J to be more acquisitive, said Jeff Jonas, asset manager at GAMCO Investors.

Wolk said it was “not a wild assumption” to expect it would add debt on the new consumer products company in order to generate some cash for J&J, but that both companies would have strong financial profiles, including a strong investment-grade credit rating for the consumer business. 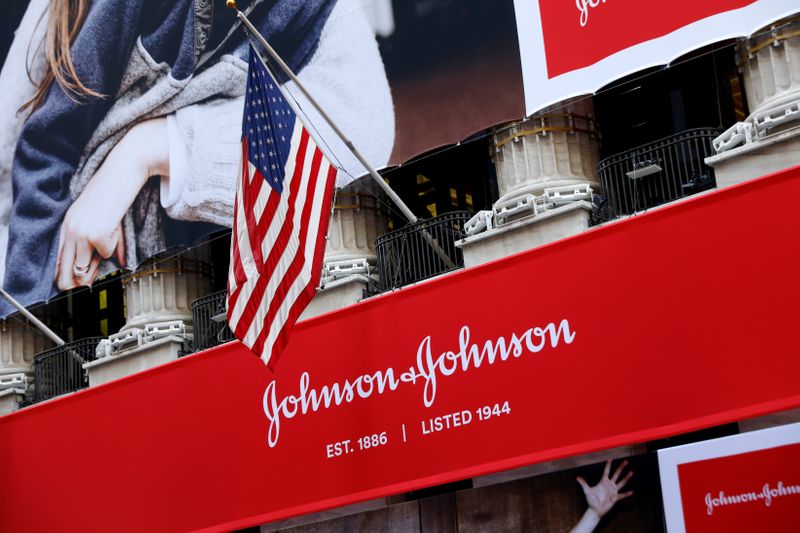