WASHINGTON -U.S. Senator Lisa Murkowski of Alaska, a three-term Republican who voted to convict President Donald Trump in his second impeachment trial, announced her bid for re-election on Friday with a nod to bipartisanship.

“I will work with anyone from either party to advance Alaska’s priorities and I will always stand up to any politician or special interest that threatens our way of life,” Murkowski, 64, said in a video posted on her website.

Murkowski, a moderate, was one of seven Senate Republicans who voted to convict Trump of inciting the deadly Jan. 6 U.S. Capitol riot, in which his supporters attacked Congress in an effort to stop certification of the 2020 election. The Alaska Republican Party later censured Murkowski and pledged to recruit a challenger to oppose her.

Trump, the first U.S. president to be impeached twice, was narrowly acquitted by the Senate. He has blasted Republicans who criticized him for his false claims that he lost the election to Democrat Joe Biden due to voter fraud.

Next year, Murkowski and Tshibaka will run against all Senate candidates in an open, all-party primary.

Murkowski, who is seeking a fourth six-year term in the Senate, lost her 2010 primary race only to then run a successful write-in campaign in the general election. She handily won re-election in 2016.

Tshibaka, in a statement on Friday, accused Murkowski of being “an enthusiastic enabler of the radical Biden administration” who “worked against President Trump.”

Murkowski has raised $4.5 million during this campaign cycle and has $3.2 million cash on hand, compared with Tshibaka’s $1.2 million raised and $294,345 cash on hand, according to Open Secrets, which tracks money in politics.

In 2017, Murkowski scored a major legislative victory when she won approval of a measure allowing oil and gas drilling in part of Alaska’s Arctic National Wildlife Refuge. 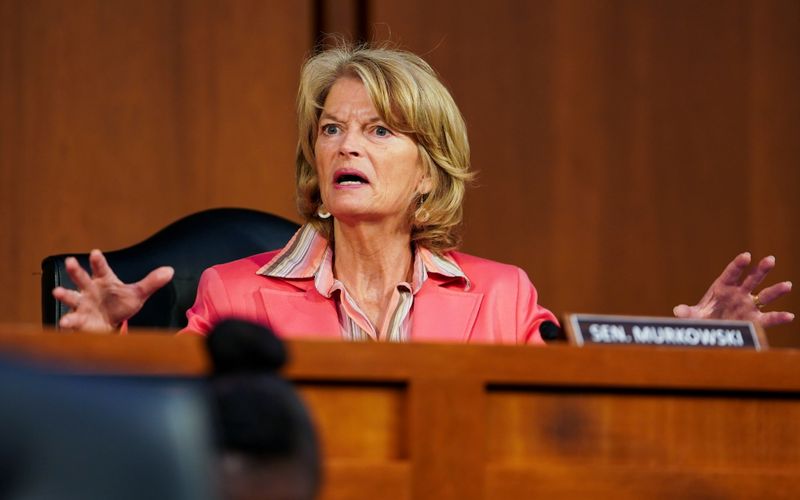