LOS ANGELES -Pop star Britney Spears on Friday regained control of her personal life and her money when a judge ended a 13-year conservatorship that became a cause celebre for fans and critics of an arrangement typically meant to protect the elderly.

“Effective today, the conservatorship of the person and the estate of Britney Jean Spears is hereby terminated,” Los Angeles Superior Court Judge Brenda Penny said after a 30-minute hearing in which no one opposed ending the court-sanctioned arrangement.

The 39-year-old “Piece of Me” singer had begged the court for months to terminate the conservatorship that has governed her personal life and $60 million estate since 2008.

Spears did not attend Friday’s hearing but said in an Instagram https://www.instagram.com/p/CWMXjAMp-aJ post, “I love my fans so much it’s crazy!!! I think I’m gonna cry the rest of the day !!!! Best day ever.”

Outside the courthouse, dozens of fans erupted into cheers and tossed pink confetti into the air when they heard the news. Some danced and sang to her hit “Stronger.”

“It was a monumental day for Britney Spears,” the pop star’s attorney, Mathew Rosengart, said outside the courthouse. He thanked the #FreeBritney movement which he said had been essential to ending the legal arrangement.

The conservatorship was set up and overseen by the singer’s father, Jamie Spears, after she had a public breakdown in 2007 and was hospitalized for undisclosed mental health issues.

Interest in the case was propelled in the past year by documentaries and the #FreeBritney movement of fans who questioned why the singer needed such restrictions while she was touring around the world and earning millions of dollars.

Lauriann Wright, the attorney for Jodi Montgomery, who had been entrusted with overseeing Spears’ personal life, told the judge there was “no reason this termination cannot happen and Ms. Spears cannot live a safe, happy and fulfilling life.”

Rosengart said a “safety net” had been put in place to help Spears transition back to regular life. Judge Penny added that the current conservator should continue working to settle ongoing financial issues in the case.

“I’m shaking,” Leanne Simmons, a fan and one of the organizers of the #FreeBritney movement, said shortly after the decision. “It still hasn’t sunk in to hear those words, ‘The conservatorship has been terminated.’ Britney is a free woman.”

The Spears case helped prompt hearings in the U.S. Congress and a new law in California aimed at preventing abusive conservatorships, which are normally set up to protect disabled people, the elderly or those suffering from dementia.

Since revealing years of private anguish in tearful testimony in June, Spears hired Rosengart, who moved aggressively to end the restrictions.

In June, she told the court she had been humiliated and traumatized https://www.reuters.com/legal/litigation/britney-spears-gets-her-day-court-what-will-she-say-2021-06-23 and that she wanted her life back. She said she had been forced to work and take medication against her will and was prevented from marrying or even getting her hair done.

“She stepped up on June 23rd and really shocked the country and shocked the world with her powerful, poignant words,” Rosengart said.

Judge Penny ended the conservatorship without requiring Spears to undergo a mental health evaluation, a step often taken in such cases.

The arrangement began to crumble in September when in a sudden reversal Jamie Spears said he supported ending it because it had helped her and was no longer needed.

Rosengart is pushing for Jamie Spears to be investigated for possible financial mismanagement of his daughter’s affairs, but he said on Friday it would be up to Britney Spears to decide how to proceed on that matter.

Jamie Spears has said through attorneys that he helped his daughter rehabilitate her career and always acted in her best interest.

Spears is engaged to marry her personal trainer boyfriend, Sam Asghari, but no date has been set. “History was made today. Britney is Free,” Asghari wrote on Instagram. 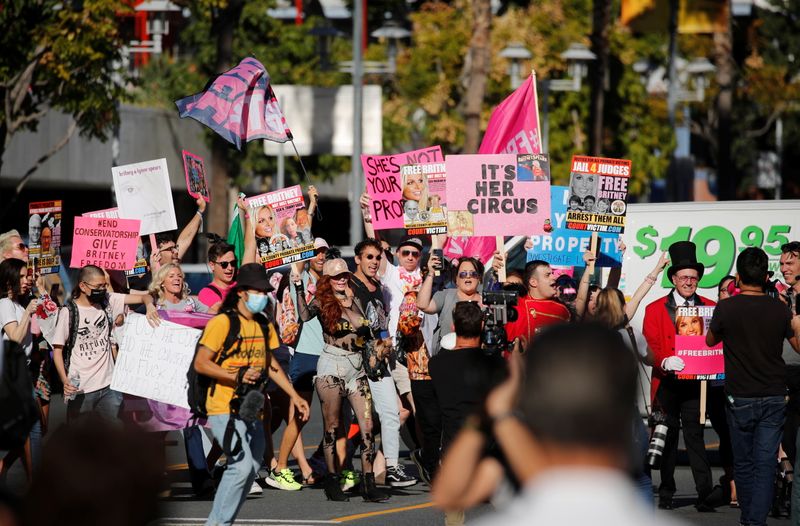 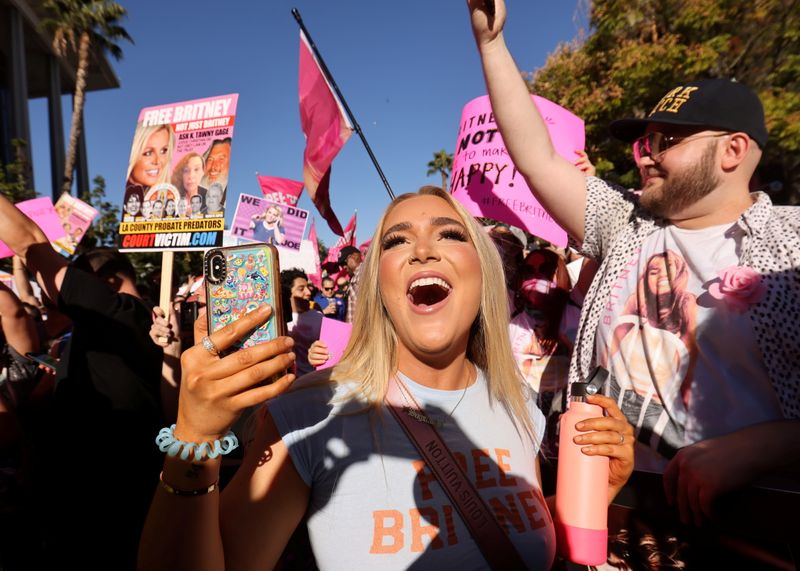 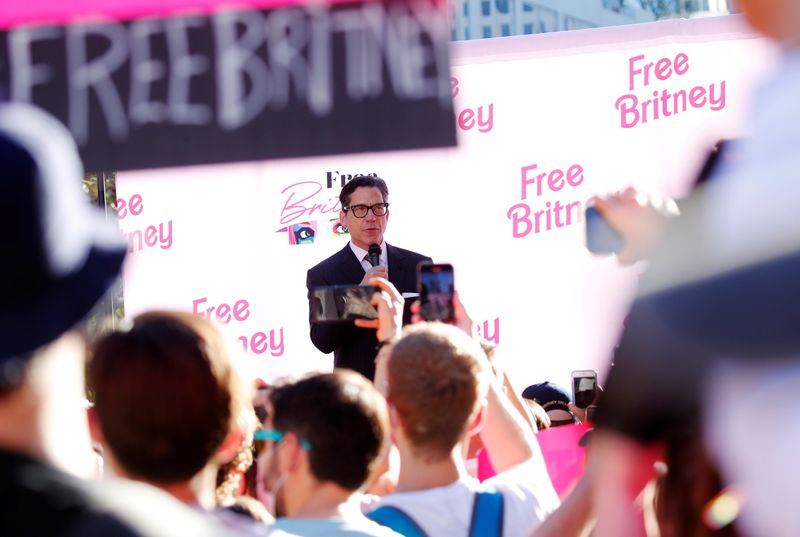 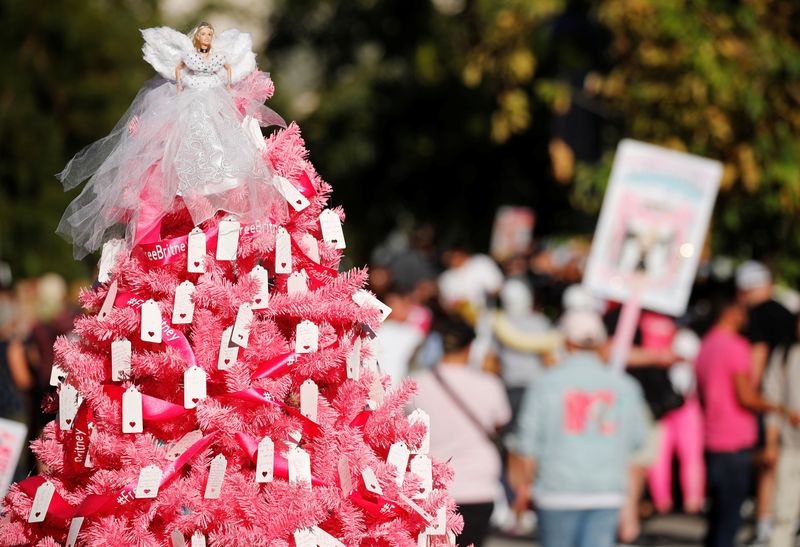 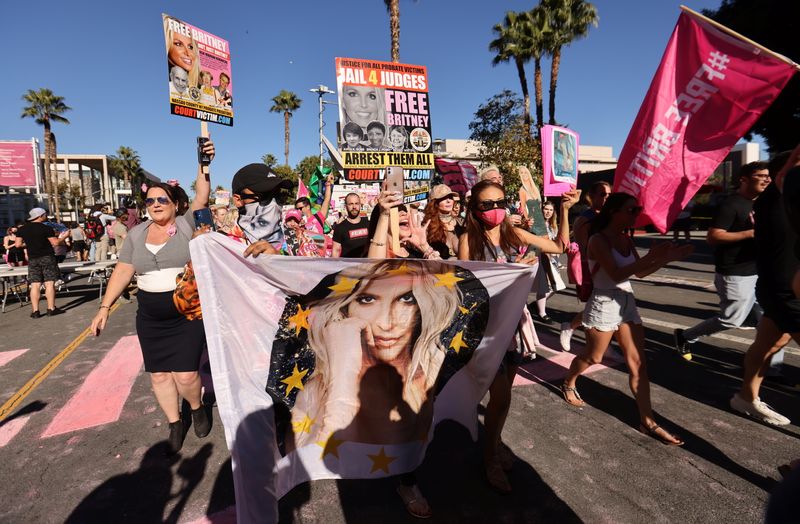