SYDNEY -Australia’s central bank board still thinks it likely a rise in interest rates will not be needed until 2024 given inertia in home-grown wages and inflation, even as financial markets price a move as early as next June.

Minutes of the Reserve Bank of Australia’s (RBA) November policy meeting released on Tuesday showed the bank’s board did acknowledge the risks on inflation had shift upward after a surprisingly strong reading on third-quarter consumer prices.

Core inflation picked up to 2.1% and moved back into the RBA’s 2-3% target band for the first time in six years, a development the bank had not expected until 2023.

“The central scenario for the economy continued to be consistent with the cash rate remaining at its current level until 2024,” the minutes showed.

“However, as the risks to the inflation forecast had shifted higher, it had become possible that an earlier increase in the cash rate would be appropriate.”

As a result, while the bank kept the cash rate at a record low of 0.1%, it abandoned a target for 2024 bond yields concluding it was no longer credible.

Markets had already moved to price in a rate rise to 0.25% by June next year, largely reflecting inflation spikes globally and particularly the United States.

Yet the board still saw reasons to expect wages and inflation in Australia to lag the global trend, a subject RBA Governor Philip Lowe is due to speak on later on Tuesday.


Official data on wages for the third quarter are due on Wednesday and are forecast to show a pick up in annual growth to 2.2%, back to roughly where it was before the pandemic.

Lowe has long argued that to keep inflation in the 2-3% band, wages need to expand at 3% or more, a pace not seen since 2013. Indeed, in recent years not a single industry or sector has recorded pay rises above 3%.

The pandemic may have changed that for a period, with the closure of Australia’s international borders leading firms to complain of a lack of suitable labour and talk of big pay offers in some hot spot sectors such as cyber security.

But with borders due to reopen soon, the government has been talking of expanding migration once again with students and farm hands first on the list. 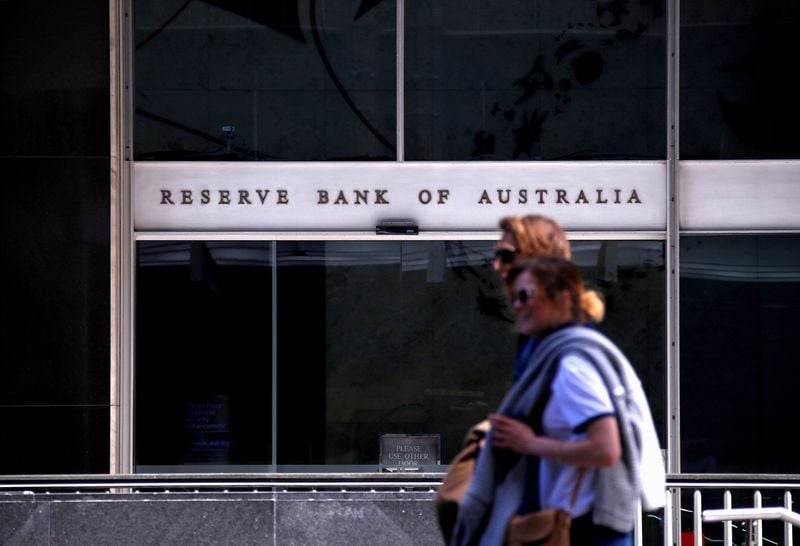