LONDON -Bank of England Governor Andrew Bailey said he was very uneasy about the inflation outlook and that his vote to keep interest rates on hold earlier this month, which shocked financial markets, had been a very close call.

Bailey said he wanted markets to be in no doubt that the central bank would act to counter above-target inflation, even if uncertainty about the outlook for jobs had tipped the balance against raising rates this month.

“I’m very uneasy about the inflation situation,” he told the House of Commons Treasury Committee on Monday. “I want to be very clear on that. It is not of course where we wanted to be, to have inflation above target.”

“On the decision itself, however, it was a very close call in my view,” Bailey added.

Earlier this month the BoE forecast inflation would reach around 5% in the second quarter of next year, more than double its official target, due to surging energy prices and supply bottlenecks as the world emerged from the COVID-19 pandemic.

Bailey said a lack of official data about what had happened to around 1 million workers who were still on furlough when the government’s jobs protection programme ended on Sept. 30 had made him want to wait rather than raise rates this month.

The BoE said on Nov. 4 that most of the nine members of the Monetary Policy Committee wanted to wait for more figures on the job market, including data due on Tuesday, to be sure that raising rates was the right move.

That decision wrong-footed many investors who had thought previous comments by Bailey meant a rate hike was due to be announced by the BoE this month.

“PUT OUR FOOT DOWN”

Bailey said neither he nor other BoE officials had ever promised a November rate rise. But he said he had been concerned that some in financial markets doubted the BoE’s willingness to increase borrowing costs to see off rising inflation.

“I thought it was critical that we put our foot down at that point,” he said. “It concerned me that there was a view that, whatever we said, that the actual reality was that we were doing something different.”

Bailey told the lawmakers on Monday that he thought the labour market was looking “considerably tighter” and anecdotal evidence suggested the end of the furlough scheme had not led to a rise in unemployment.

“All meetings are in play,” he said, referring to the possibility of an increase in rates. “We are in the price stability business.”

Financial markets currently price in a near 100% chance that the BoE will price in a rise in rates to 0.25% from 0.1% in December.

Michael Saunders, one of the two MPC members who voted to raise rates earlier this month, said he saw no risk of a wage-price spiral but the likelihood of a general pick-up in inflation was strong enough to justify higher borrowing costs.

BoE Chief Economist Huw Pill, who was in the majority who voted to keep rates on hold, said he recognised some of Saunders’ arguments about the danger of inflation gaining self-sustaining momentum.

“But equally I think that if we act prematurely there is a danger that we derail some of the recovery which is still in some respects quite fragile,” Pill said. 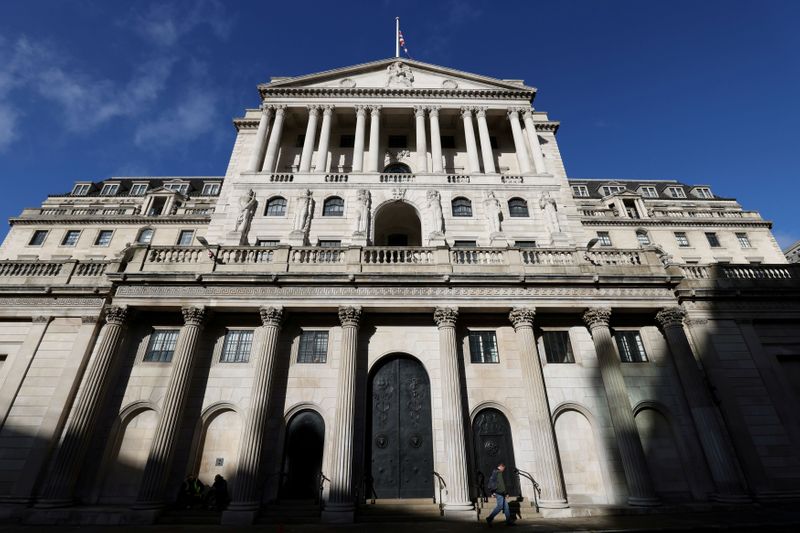