By Valentina Za and Giuseppe Fonte

MILAN – Staff at Monte dei Paschi di Siena branches across northern Italy had circled Oct. 27 on their calendars as the day their professional lives would take a turn for the better.

Years of feeling they were held back by the Tuscan lender’s huge pile of bad loans and poorer performing southern branches were on the cusp of being behind them, with UniCredit set to take on the bank’s choicer assets.

“We couldn’t wait to join UniCredit and be rewarded properly when we hit sales targets,” said one senior MPS branch employee in Tuscany, where it controls 18% of the market.

But on Oct. 23 news broke that the deal was off , with the Treasury and UniCredit unable to agree terms.

The breakdown led to celebrations in the frescoed rooms of MPS’ Sienese headquarters, whose staff UniCredit had little use for, but it has cast a pall over the stronger branches and at the Treasury in Rome, as it tries to find a plan B.

After rescuing MPS in 2017, the Treasury had been working over the past four years to cut its 64% stake, a move decreed by European Union authorities to avoid contravening state aid regulations.

Rome is now preparing to negotiate a years-long extension of the December 2021 deadline to reprivatise the bank.

Officials in Prime Minister Mario Draghi’s government have not appeared too dismayed by the failure of the talks, arguing the demands of UniCredit Chief Executive Andrea Orcel – including that the deal boost UniCredit’s earnings per share by 10% – were “unacceptable”.


They are now confident their collapse will persuade the EU to grant Italy more time to strike a deal without a tight deadline weakening its bargaining power.

“The new deadline will give Italy time to strengthen the bank and get to a point where its improved prospects, and a healthy economy, will allow it to complete a transaction,” Treasury Undersecretary Federico Freni told Reuters.

The EU has said discussions were ongoing.

Fixing MPS, which emerged as the most vulnerable euro zone lender in a July sector check-up, would have allowed Italy to conclude a 250 billion euro ($286 billion) clean-up of its banking sector it began six years ago, a huge badge of honour for the Draghi government.

The Treasury plans to rid MPS of unprofitable operations, bad debt and legacy legal problems, and find what one source says is at least 3.5 billion euros in fresh capital.

But the tie-up with UniCredit was the best argument Rome had to lure investors on board for a capital hike. By paying for the acquisition in shares, UniCredit would have turned investors in MPS into its own shareholders.


“But I’m not positive they’ll manage to complete, over a shorter period of time, the restructuring they haven’t been able to pull through in four years.”

The lender is looking to lift early staff exits to up to 4,000 from 2,600 at present as it revises a multi-year business plan to prove to EU authorities it can stand alone.

With expenditures – especially staff costs – currently eating up 70% of its income, MPS is far from the 50.6% EU-set target. The Treasury is negotiating a less stringent cost-to-income goal that would anyway mark an improvement versus the current plan’s 60% projection, two people close to the matter said.

Bankers warn MPS will struggle to tap markets again, after raising 25 billion euros over the past 13 years – 25 times its current market value.

The best chance is to rope in investors that have an interest in keeping MPS alive, like its insurance partner AXA, another two people familiar with the matter said.

The French insurer relies on a joint venture with MPS to distribute its products in Italy, which accounts for 4.6% of revenues. MPS’ placement fees for wealth management products soared 38% annually in the first nine months.

A revision of the terms of the partnership, renewed in 2017 for 10 years, could be part of discussions with AXA, one of the people said. Both AXA, which holds 0.1% of the bank, and MPS declined to comment.


Inside MPS’ branches, people are resigned to a long wait.

“Orcel’s demands were starting to get on our nerves … but now we risk being stuck in limbo for two years,” the MPS employee said.

(Reporting by Valentina Za in Milan and Giuseppe Fonte in Rome; Additional reporting by Matthieu Protard in Paris; Editing by Jan Harvey) 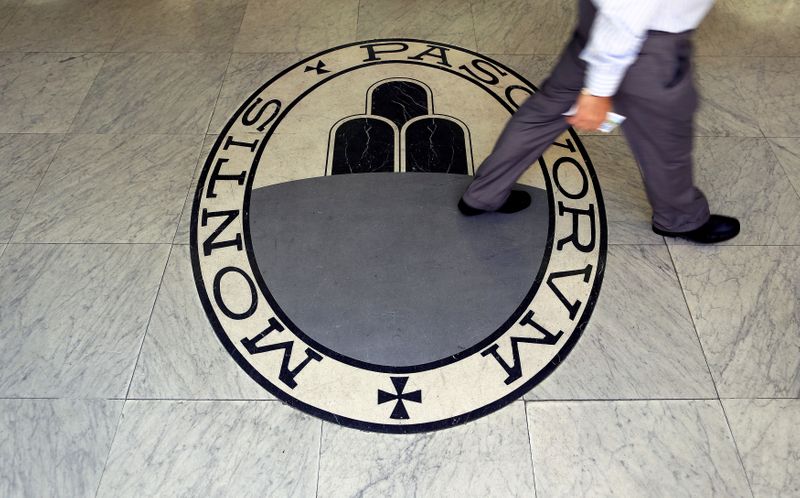 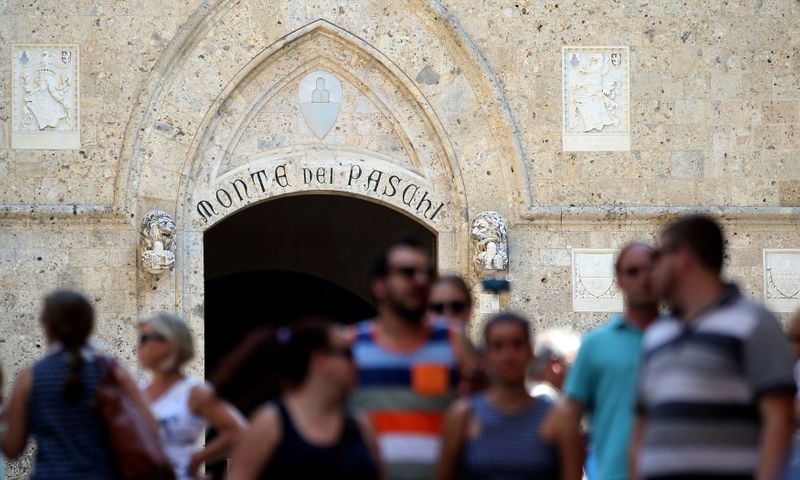