SYDNEY – An international agreement to reduce coal use dragged miners’ shares lower on Monday, but tight supply of the commodity provided a floor for a sector that has chalked up huge gains this year.

U.N. climate talks in Glasgow ended on Saturday with a deal targeting fossil fuel use. Wording was softened to call for a “phase down” rather than “phase out” of coal after lobbying from India, among others.

An index of mainland-listed miners fell about 1%. Coal stocks in other regions also came under pressure.

“Climate activists will undoubtedly frame COP26 as failing on coal (and fossil fuels). We look past this frustration (and current energy market conditions) and see ongoing incremental consensus in the need to reduce demand for fossil fuel,” said Cowen analyst John Miller.

In Indonesia, the world’s biggest coal exporter, declines were exacerbated by surging production in China, a top customer. No. 1 miner Bumi Resources fell 5.7%, while Adaro Energy and Indika Energy tumbled 4.5% and 7% respectively.

The moves extend a recent pullback that has taken the edge off huge year-to-date gains for Whitehaven, South32 and New Hope amid a global energy crunch. They are still each up more than 40%.

“The reality is that coal is going to be used during the next decade or so. It’s still going to be a cash generator,” said Mathan Somasundaram, chief executive of Sydney-based research firm Deep Data Analytics.

China, the world’s biggest producer and consumer of coal, churned out its highest tonnage in more than six years last month, official data showed, which helped to knock near-term spot prices on Monday.

The Glasgow deal has elicited promises of future cuts to use, resolved rules for carbon markets and also takes aim at fossil fuel subsidies – all of which could speed up the transition to other energy sources.

Elsewhere in Asia, Seoul-listed mine owners and suppliers KEPCO, LX International and Doosan Heavy traded between a fall of 2.5% and a gain of 0.6% in a broader market that was up 1%.

Among other mining stocks, Anglo American , the world’s third largest exporter of metallurgical coal, fell around 1.4% in London, while Sasol, which operates coal mines in South Africa, gained over 1%.

“High thermal coal prices… will not necessarily translate into higher share prices to the same degree,” he said. Oil fell around 1% and gas was firmer. [O/R]

Some investors see uranium filling some of the gap left as energy firms retreat from coal. This has helped uranium futures to soar along with other commodities in recent weeks.

Large miners have rallied, lifting Canada’s Cameco to a decade high last week and Kazakhstan’s Kazatomprom to a record. 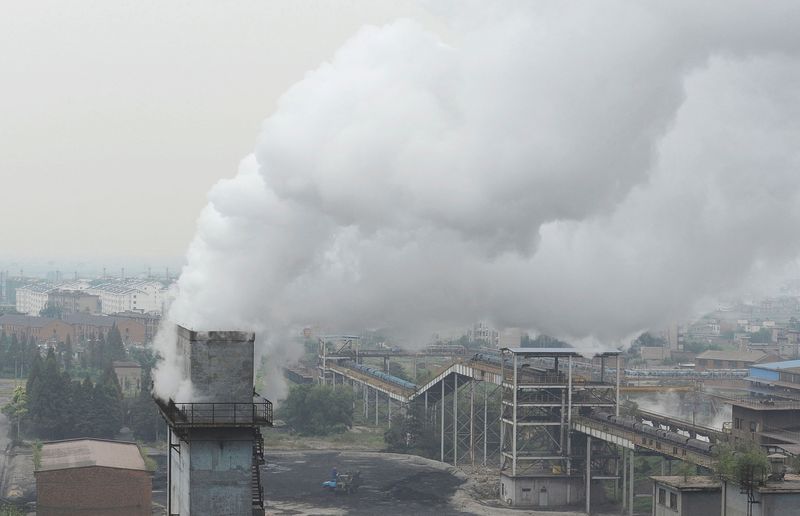