– The dismissal of a misdemeanor weapons charge against high-profile murder defendant Kyle Rittenhouse is likely to ignite a statehouse debate over how to fix what the judge in the case called unclear and two legal experts called poorly worded Wisconsin legislation.

Defense attorneys in July filed a motion to dismiss the underage firearms possession charge against Rittenhouse, who was 17 when he shot three people, killing two of them, during racial justice protests in Kenosha, Wisconsin, last year. Judge Bruce Schroeder, who earlier denied the request, granted it shortly before closing arguments started on Monday in the murder trial for Rittenhouse https://www.reuters.com/world/us/jury-decide-fate-shooter-kyle-rittenhouse-after-closing-arguments-2021-11-15.

“This is going to touch a nerve for some people,” said John Gross, a law professor at the University of Wisconsin. “But this is not an unreasonable reading of this statute by this judge.”

Gross said the Wisconsin law concerning underage possession of a dangerous weapon – which covers everything from guns to brass knuckles – is written in a way that it seems to apply restrictions on gun possession only when the person is carrying a short-barreled weapon such as a sawed-off shotgun, less than 12 inches. That is what Rittenhouse’s lawyers argued.

The .223 caliber Smith & Wesson rifle Rittenhouse used in the shootings has a 16-inch barrel.

What the legislature did in its writing of the law was to “accidentally carve out a rule that says somebody under the age of 18 can legally have a rifle or shotgun as long as the barrel is of sufficient length,” Gross said. “It’s just a legislative blunder and it should be fixed.”

Tom Grieve, an attorney who specializes in defending gun cases and is a former Wisconsin state prosecutor, said a trial judge’s decision set no legally binding precedent. But it may lead other judges to think again about their interpretation of the underage possession law as it now stands.

Grieve, who oversees what he said was the largest criminal defense firm in the state, said he had never before seen anyone charged with the underage illegal possession count Rittenhouse had faced, so he does not think the judge’s decision would necessarily have a big impact in courtrooms.

“This could absolutely be something that the legislature takes a look at,” Grieve said.

Rittenhouse’s trial has been closely watched by some who favor expansive gun rights and by others who see American gun culture as out of control. 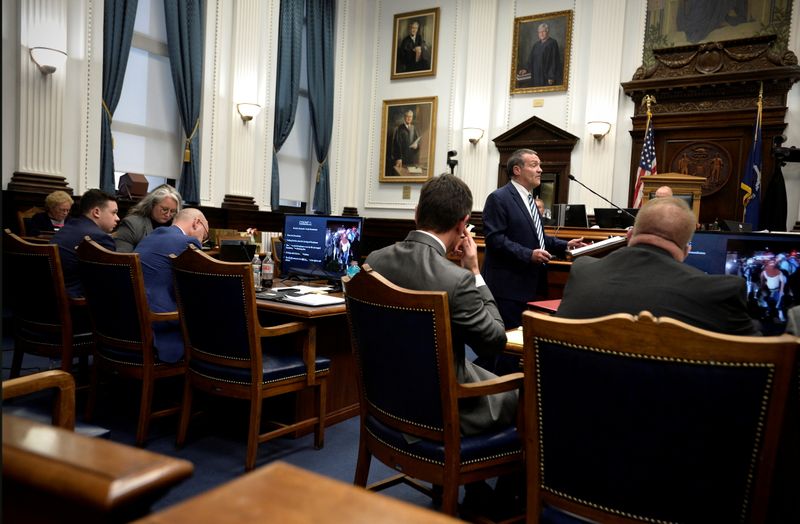